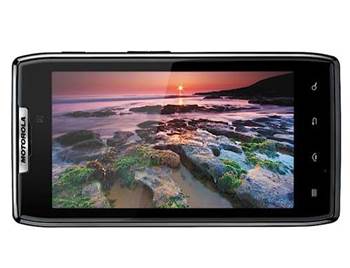 Google-owned Motorola Mobility has asked the US International Trade Commission to ban most of Apple's current-generation devices under the accusation the iPhone manufacturer infringed on seven of its patents.

The ITC agreed this week to investigate the complaint which, if successful, could see injunctions applied against Apple's iPhone 4 and 4S, the iPad 2 and new iPad, as well as all Mac personal computers.

Motorola accused Apple of infringing communications patents in its devices by implementing the iMessages instant messaging client in its smartphones, tablets and computers.

According to AllThingsD, the complaint reportedly comes after licensing negotiations fell apart.

“We would like to settle these patent matters, but Apple’s unwillingness to work out a license leaves us little choice but to defend ourselves and our engineers’ innovations,” Google said in an August statement, the publication said.

The ITC has 45 days to determine when it wll complete the investigation into the patent claim.

Intellectual property analyst Florian Mueller wrote on his FOSS Patents blog that Microsoft would certainly enforce the rulings, posting a total of €75 million ($A93.16 million) in bonds for the two rulings against Motorola Mobility and its German subsidiary.

Microsoft could also enforce a recall of Motorola products if played correctly, according to Mueller, forcing the company to leave the German market temporarily.

Google will appeal the rulings and request a stay of execution for the injunction, but this is unlikely to be granted in Germany, Mueller said.

The rulings represented "a strategically very important defeat" for Google.

Other Android makers than Motorola are already paying license fees to Microsoft for the patent in question and won't face enforcement action.

It is Microsoft's fourth win this year against Motorola, validating the Redmond-based company's claim that Android infringes on many of its patents, Mueller said.

Samsung has also renewed its efforts in its US patent battle against Apple, claiming the iPhone 5 infringed on eight of the South Korean company's patents.

The company is yet to request an injunction against the device, but the move is expected shortly.

"Based on information currently available, Samsung expects that the iPhone 5 will infringe the asserted Samsung patents-in-suit in the same way as the other accused iPhone models," the company said in a case management statement filed this week.