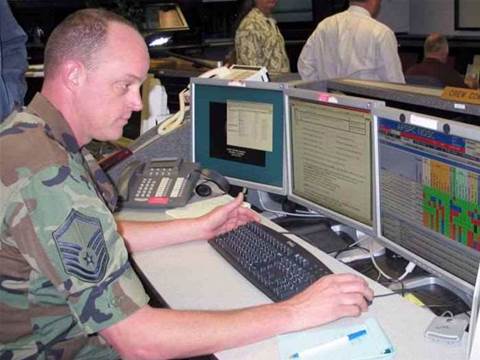 Mobile phones are the weak link in the world's cyber security set-up, according to university officials setting up a transatlantic security course.

The University of Wales recently announced a tie-up with the Massachusetts Institute of Technology to work on developing cyber security strategies following the elevation of cyber attacks to top spot on the national threat level.

Although the students will look at all aspects of the electronic infrastructure, mobile phones will initially take centre stage - both in the way they could be used during a cyber crisis and in the weaknesses they pose to the overall strategy.

“Mobile phones, compared to desktops and laptops, have a much lower level of firewall and virus security on them and the logical concern is that it will be through mobile devices that major cyber security attacks will come,” said Richie Turner, head of external relations at the University of Wales.

“They are a potential weakness in our cyber security systems and we need to recognise that.”

According to Turner, the location services on smartphones could also offer cyber and real-world terrorists another attack vector to gather information about the UK.

“A second important aspect is that everything on the net is geotagged and we need to raise awareness of the influence that geotagging has,” he said. “If you post things on Facebook, those pictures can be geotagged to a very specific location.”

The course was set up following a cyber security summit, attended by the likes of the US Department of Defense and weapons companies Northrop Grummann and Sonalysts.

Last October, the UK government listed cyber attacks alongside terrorism and chemical attacks as the greatest threats to the UK, and US officials at the summit claimed “cyber-physical security is now considered the number one threat to national security, being deemed more critical than conventional nuclear attacks”.

Amid such a backdrop, the summit report claimed “the UK and the US would need to produce many thousands of experts in this field over the next few years”.

Students on the University of Wales course – drawn from the military, government and trusted partners – will concentrate on coordinating a response to an attack and mobile phones will again take centre stage.

Although smartphones are a weak link in security, course leaders say they could offer the best communication route for officials during an attack.

“In an emergency situation there are channels on mobile networks that still operate when mine and your mobile phones go down,” Turner said, adding that mobile networks for data could play a key role in keeping essential services up and running.

As an example of the way networks could improve emergency supplies, Turner highlighted relief work in Haiti after last year's earthquake, suggesting helicopters were arriving in villages with inappropriate supplies.

“There were 250 NGOs on the ground, military and hundred of helicopters arriving, but despite everyone's best attempts to have good supply chain logistics coordinated through mobile networks, until people opened the boxes of relief on the ground, no-one knew what was in anything," he said.

“The course will explore how to link these realms... Can we barcode that box and get the right stuff shipped out in the the right helicopter to the right place? Can we find our key personnel? Can they find the right equipment? How can we protect UK and Nato troops around the world?

“At the moment it's been a case of cobbling together the best that people can do.”

Got a news tip for our journalists? Share it with us anonymously here.
Copyright © Alphr, Dennis Publishing
Tags:
cyber defence in key mobiles national play role security to