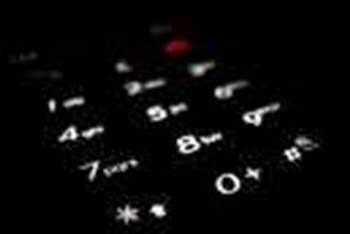 Barclaycard and Everything Everywhere to bring contactless payments to British phones.

Mobile phones will soon have the capability of a credit card thanks to a partnership between Barclaycard and Everything Everywhere.

The two companies are set to launch mobile devices that can also be used for contactless payments.

The system, which is only currently available for credit cards, will enable users to wave their handsets passed a reader to pay for goods in more than 40,000 shops.

Gerry McQuade, chief development officer for Everything Everywhere, said: “This is the beginning of a revolution in how we pay for things on the high street. It’s a cultural shift that is as important as the launch of the personal credit card or ATMs.”

“We’re making something that’s been talked about for many years a reality and, very soon, using your mobile to buy a sandwich, a cinema ticket or, in time, even something bigger like a computer will simply be the norm.”

The companies said they had worked with a number of handset manufacturers to develop the technology and devices should be on sale by the summer of this year.

Security has been ensured by utilising SIM cards in the devices, allowing data to remain attached to the individual handset and user.

David Chan, chief executive officer of Barclaycard Consumer Europe, said: “I believe that future generations will find it surprising that early this century we were still carrying separate items to buy goods and to communicate with each other.”

“As payment experts, our role is to make it easier, more convenient and incredibly secure for people to make purchases and manage their money while on the move.”

Barclaycard initially announced it was working on contactless payments with Orange back in 2009 but the partnership has continued following Orange’s merger with T-Mobile.

The payment capability, known as PayPass, will be provided by MasterCard.

Got a news tip for our journalists? Share it with us anonymously here.
Copyright © ITPro, Dennis Publishing
Tags:
comingcontactlessmobilepaymentssecuritysummerthis