MMG transforms mine IT systems for growth 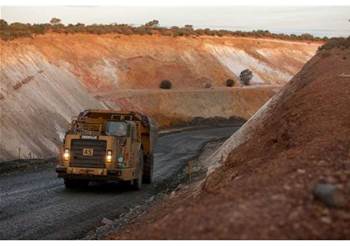 Mining firm MMG has embarked on a multi-stage transformation project that will streamline IT systems and lay a foundation to support its future growth aspirations.

The four-pronged transformation covers IT infrastructure, information management, mine-level operating systems and the creation of an Integrated Business Management System.

MMG was formed when China Minmetals bought a large portion of OZ Minerals' assets in June 2009, including the Century, Rosebery and Golden Grove mines in Australia and Sepon copper and gold mine in Laos.

OZ Minerals itself was the product of a 2008 merger between Oxiana and Zinifex. Zinifex formed from the ashes of collapsed zinc miner Pasminco, the original owner of the Century and Rosebery mines as well as several smelters.

"MMG really was formed out of a diverse set of companies," chief information officer Peter McLure told iTnews from the sidelines of SAP's Mining and Metals conference in Germany.

"When I arrived it was clear we had two of everything - two different IT infrastructure service providers, different standards, different technologies and so forth.

"The base level infrastructure just wasn't in place to provide a platform to allow the company to grow. In fact, it put a constraint on the ability to grow."

McLure said that MMG had "an aspiration to grow by a factor of four or five and become a leading mid-tier mining company", and was looking to transformation to help achieve that.

MMG's Integrated Business Management System will be based on SAP enterprise resource planning and replace a 1998 SAP system originally developed for Pasminco.

McLure noted that the Pasminco system had undergone few configuration changes despite passing through several sets of hands.

"After thinking about it a lot, we've decided to start again ... with a process view of the world.

"We'll design our processes and configure our SAP system to enable those processes, and at the same time try and create a better user experience than the older system had, making full use of mobility, for example."

Work on the new system is being spearheaded by a representative of the broader MMG business, rather than IT.

"We're trying not to run it as an IT thing because it's primarily about business change," McLure said.

MMG plans to salvage its payroll setup from the old SAP system. "We did have payroll set up in that system for most of our sites, so we wouldn't want to lose that," McLure said.

However, the team driving the Integrated Business Management System project is predominately focused on designing a new, "basic, vanilla system" that is free of customisation.

"We're now in detailed design, which will run through to November, and at the end of that point we'll be a lot clearer about exactly how we potentially simplify our SAP and business environment."

It is also set to include SAP's environment, health, and safety management (EHSM) product.

The system rollout is envisioned to be a two-year project, broken into several "releases", beginning with MMG's Laos operations.

"Laos doesn't currently have SAP - it actually runs on Pronto, so this is the first time they will have an SAP system," McLure said.

Although the release schedule is still being locked down, the current plan is to bring the new SAP system to MMG's corporate operations in release three of the rollout. McLure noted that was "subject to change".

McLure said that MMG had created a "blueprint" for mine-level systems "with a view to not necessarily replacing everything straight away but at least ... working over time to come up with a more functional, more standard and simpler outcome at the mine sites".

The miner ran a "centralised architecture function" that handled IT system design, with operational teams at each site to support local systems and requirements.

The responsibility of the onsite operational IT teams varied when it came to oversight of process control and automation systems.

"The aim is to have a central architecture team with whatever operational support we require at the sites," McLure said.

It was likely that some mine-level systems would always stay at particular sites, rather than be drawn back to a centralised point in the future.

"For example, at our mine site in Laos we have a problem with unexploded bombs dating back from the Vietnam war, because the site is really located on the edge of the Ho Chi Minh trail," McLure said.

"We have a significant activity around managing and dealing with unexploded ordinance. Clearly thats a fairly unique requirement of this site, so I don't expect that we're going to architect a general solution for that."

Connectivity at sites would also need to be taken into account. "If we're talking about a site that's only connected by satellite then we probably have to invest quite a bit more in local caching in order to get the right kind of performance," he said.

The other areas of the transformation involve IT infrastructure and "information management, which you can think of [as a] single intranet and a more structured approach to document management and collaboration," McLure added.