Mine workers in line for NBN connections 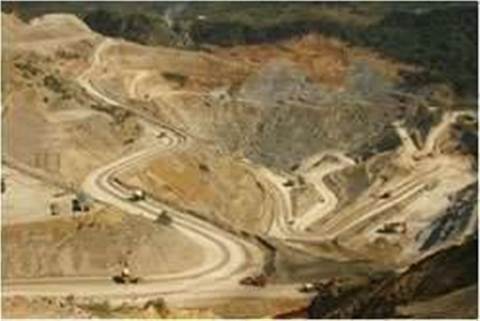 Moranbah the next site for NBN fibre cables?

Mine workers at a massive new accommodation village in Queensland are likely to join their counterparts in Western Australia's Pilbara region in gaining early access to the National Broadband Network.

Moranbah is a coal mining community about 1050 kilometres north-west of Brisbane. The area is home to a number of BHP Billiton Mitsubishi Alliance (BMA) mines, including Peak Downs and Goonyella Riverside.

ULDA documents indicate that MAC will "provide infrastructure within the development to accommodate NBN services" in accordance with greenfields conduit guidelines published by NBN Co.

The existence of NBN-ready pit-and-pipe infrastructure is a likely precursor to an application by MAC to have NBN Co roll out fibre cables to the accommodation village.

A MAC Services Group spokeswoman did respond to iTnews' requests for comment.

Moranbah is not currently listed in NBN Co's three-year plan as a location to receive NBN services.

However, NBN Co's obligation to roll fibre into greenfields estates means it could be added - as long as the village accommodations satisfy the definition of "premises" in the NBN Co statement of expectations (pdf).

The Moranbah village would not be the first mine accommodation site to receive NBN fibre. NBN Co has started rolling out fibre to stage one of the Kurra estate at Newman, located in the iron ore-rich Pilbara region of north-west Western Australia.

Other parts of Newman - which was built in the 1960s by a mine company, before becoming a town in its own right - are slated to receive the NBN in the next three years.

Other towns - Tom Price and Paraburdoo - that house workers for mostly Rio Tinto owned mines are also slated to receive NBN fibre within the next three years, under plans announced by the Federal Government in March.

Fibre optic telecommunications aren't uncommon in mine accommodation villages but to date, many such networks have been installed and operated privately.

BHP Billiton is planning to construct an additional 300 fibre-connected accommodation rooms at Roxby Downs Village in support of its Olympic Dam mine expansion project. Roxby Downs is not expected to see NBN fibre until at least June 2015.

Mine accommodation builder Pindan is also rolling out its own fibre optic networks for villages run by Fortescue Metals and Rio Tinto.

A spokeswoman for Ausco Modular - which also builds accommodation villages for mine sites - did not respond to similar questions by the time of publication.

The remoteness of mine sites create key challenges for NBN Co, which is not only obliged to roll out fibre in greenfields estates but also to supply backhaul fibre to bring traffic back to points-of-interconnect.

An NBN Co spokeswoman said that Newman would be serviced by leased backhaul until NBN Co rolled in its own transit service.