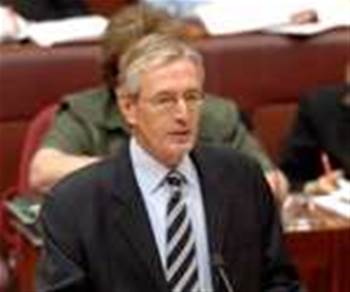 Opposition Senator Nick Minchin has submitted a Freedom of Information (FOI) request in an attempt to expose to the public both the Expert Panel report and accompanying ACCC report into the failed National Broadband Network tender.

The FOI request is the latest in a series of moves by Senator Minchin to uncover whether anything untoward in the RFP process saw the original NBN tender scrapped.

Last week Minchin said the opposition would refuse to consider any legislation concerning the new plan for building an NBN until the documents are released.

The Government has previously refused to release the same reports under a Freedom of Information request submitted by blogger and iTnews contributor Ben Grubb.

"That is, disclosure would in my view be contrary to the public interest," Nikki Vajrabukka, Acting Assistant Secretary at the Department of Broadband, Communications and the Digital Economy informed Grubb.

A spokesperson for Senator Minchin said the new request is more likely to succeed as Grubb's was submitted "before the [NBN tender] process was terminated," enabling the Government to use the excuse that the documents in question were 'internal working documents'.

"Subsequently, the Government has repeatedly claimed that the $43 billion proposal it has announced was based on the panel's advice," the spokesperson told iTnews. "Considering the magnitude of this planned spend as opposed to the first failed proposal, The Opposition believes there is a heightened public interest in this advice."