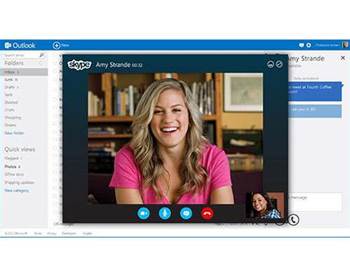 Microsoft has pulled an update for Exchange Server 2010 Service Pack 3 groupware after users reported access problems with the Outlook client.

Microsoft was forced to today recall and remove the RU8 patch after users reported it had caused issues in connectivity between the Outlook client and mailboxes.

The patch had rendered certain folders invisible to users, and had resulted in permission errors being displayed on mail delivery and notifications.

Users also reported being unable to save calendar items.

The issue appeared only to affect Outlook clients - webmail was unaffected, and running Outlook in safe mode appeared to avoid the problems.

In recalling and removing the patch Microsoft advised customers not to proceed with deployment of the update until the company releases a new version.

SImilarly, those who have already started the deployment should rollback the update, it said.

"An issue has been identified in the Exchange Server 2010 SP3 Update Rollup 8," Microsoft advised.

"The issue impacts the ability of Outlook to connect to Exchange, thus we are taking the action to recall the RU8 to resolve this problem."

Users confirmed that removing the patch rectified the errors. One administrator said he suspected the issue stemmed from special characters such as () or : in mailbox database names causing crashes on Exchange Server 2010.

Microsoft had initially scheduled to release yesterday's patches as part of its November Patch Tuesday release, but decided to delay it by a month, after the company reportedly decided to do further work on a problem within the Installer program.