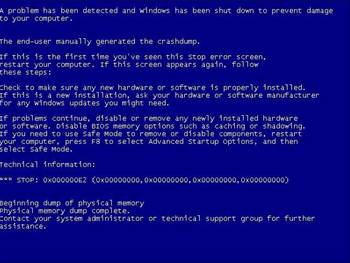 Windows security patches issued last week by Microsoft during Patch Tuesday are causing computer malfunctions for users around the world, including customers reporting blue screens of death and reboot loops.

The most serious problem prevents customers from starting their computers altogether even when using Safe Mode.

Microsoft has reported problems with several updates and advised provided customers uninstall while the company investigates.

Several users have posted on Microsoft's Community forum that their Windows installations have stopped working, with a blue screen of death 'Stop 0x50' error in Win32k.sys due to the font cache being invalid.

One user said that booting up from a recovery or installation disk, and removing the fntcache.dat file in the Windows system32 directory from the command line resolved the problem with the Stop 0x50 error.

Microsoft's official fix for the problem is more complex with users being asked to boot up the computer with installation media and deleting the %windir%\system32.fntcache.dat font cache file, and then removing and restoring a related value in the registry system database after rebooting the computer. 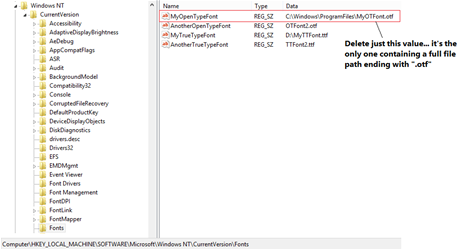 Microsoft advises to remove the following updates if installed:

Apart from the blue screen of death error, the updates have also caused problems with incorrect rendering of fonts.