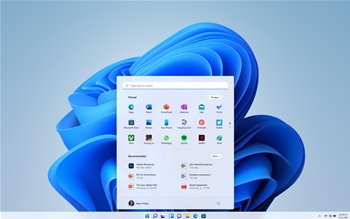 Windows 11, which will hit the market by the end of this year, will include a new Windows Store that will let software developers use their own in-app payment systems and pay no commissions to Microsoft.

It will also let users both find and run Android mobile applications on their laptops and PCs, thanks to technology assistance from both Amazon and Intel.

The moves stand in contrast to Apple's "walled garden" approach, in which the iPhone maker only lets users download software from the App Store and imposes controls on software developers, including a requirement to use Apple's in-app payment systems and pay commissions of up to 30 percent.

The changes amount to a clash of visions between Microsoft, whose market capitalisation recently topped US$2 trillion, and Apple, the only other US-listed company to hit a US$2 trillion valuation.

The software that turned Microsoft into a household name and dominated personal computers for years has been overtaken in popularity by devices using Apple and Google software, but it is still core to Microsoft's strength in the corporate market.

Windows 11 will include many features aimed at these users, such as the ability to more seamlessly undock a computer connected to an external monitor to take a call in a quieter room and then return to the docking station afterward.

The company also said it will integrate its Teams chat software directly into the operating system, a move that could cause conflict with Slack, Microsoft's top rival in the workplace chat sector.

Slack, which is being purchased by Salesforce for US$27.7 billion, has filed an antitrust complaint against Microsoft in the European Union.

Microsoft's upgraded operating system may also appeal to individuals, with new features for gamers such as an Xbox app and better gaming performance.

But the biggest shift appears to be to Microsoft's pitch to developers, content creators and others seeking to make money from the world's 1.3 billion Windows users, which is nearly as many as Apple's total installed device base of 1.65 billion users but less than half of Alphabet's 3 billion Android users.

Microsoft said on Thursday that it will include new tools for tipping content creators - including local news outlets - directly in the Windows 11 operating system.

The company recently cut commissions on games sold through the store to 12 percent, lower than the 15 percent it takes on regular apps, and has been a vocal critic of Apple's App Store.

Windows powered Microsoft's rise in the 1990s as PCs became a fixture among businesses and consumers.

But the operating system took a back seat to Apple's iOS and Alphabet's Google as mobile phones displaced PCs as the primary computing device for billions of users.

Windows remains one of the biggest platforms in the technology world, with Microsoft's personal computing segment, which includes Windows revenue from businesses and consumers, accounting for US$48.2 billion of its US$143 billion in revenue in its most recent fiscal year.

Among PCs and laptops, Windows lost some market share in 2020 to Google's Chromebooks as schools opted for cheaper devices for online learning but still retained greater than 80 percent market share, according to data firm IDC.