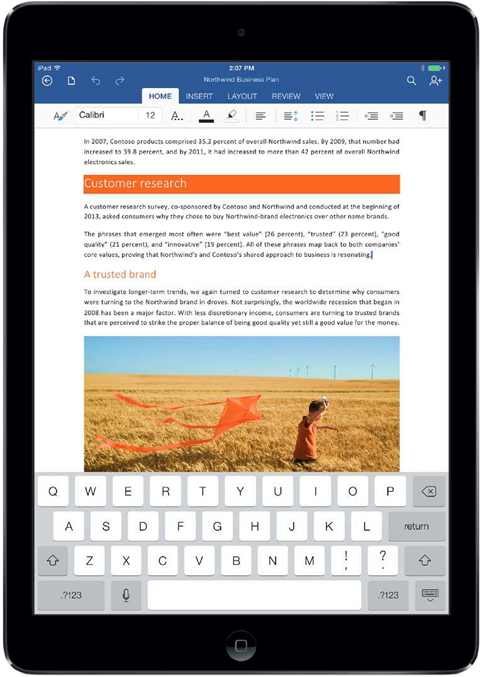 As expected, Microsoft's new chief executive Satya Nadella took the covers off the company's first version of its Office productivity suite designed for Apple's iOS, revealing a reasonably feature-rich port of the software.

Office for iPad comes as three separate applications - Word, Excel and PowerPoint  - and is available in Apple's App Store for free, but only for reading and presentation purposes.

The initial application is available for free download. To unlock document editing capabilities however, an Office 365 Home Premium, Small Business or Enterprise account is required. 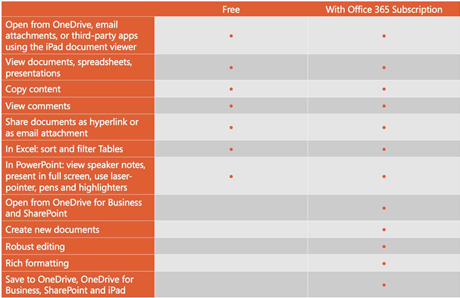 Only iPads running iOS 7.0 or later are supported by Office for iPad, which will be available in Australia from this morning.

Microsoft has kept the look and feel of the Windows desktop applications in Office for iPad, including the ribbon for commands and menus, but has added some iOS optimisations such as a custom on-screen keyboard for Excel. 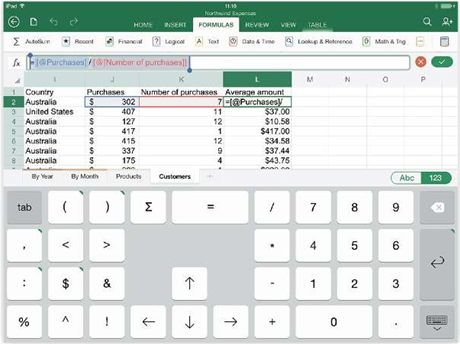 Most of the features found in the desktop versions have been ported over to the iPad variant, with Excel boasting more than 400 formulae for instance, to ensure document fidelity across all platforms.

Some however, such as pivot tables in Excel are not available on the iPad.

There is also no iPad-native version of Microsoft’s popular Outlook email, calendaring and contacts management application. iPad Office users will need to use Apple’s Mail for iOS client that supports Exchange Server instead. 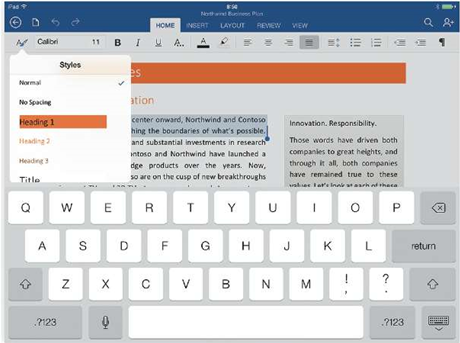 On the other hand, Microsoft took some iOS-specific features such as voice dictation, which can now be used to create text for documents, and AirPlay, to project presentations onto TVs wirelessly.

PowerPoint presentations feature 50 transitions for slides, and also built-in laser pointers and highlighters that can be used by touching the iPad screen. 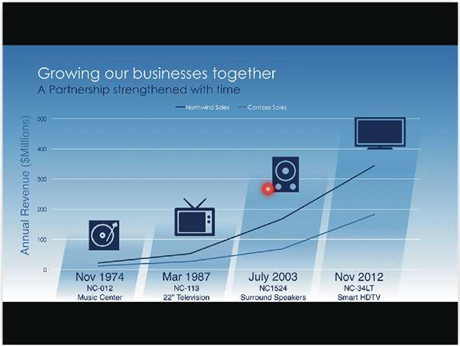 Documents are auto-saved by default, and can be stored in Microsoft's cloud storage OneDrive, or Sharepoint for collaboration and sharing. 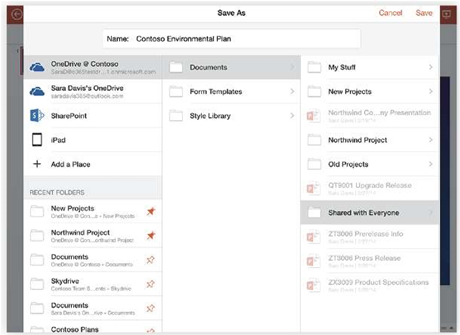 A version for iPhone and Android smartphones was also released today, called Office Mobile, with viewing and editing capabilities for documents. This is available in Apple's App Store and Google's Play store.

Called the Enterprise Mobility Suite, the set of tools provide cloud-based identity and access management through the Azure Active Directory.

Data protection is also available in the EMS, via the Azure Rights Management tool that is already part of Office 365 but which is now extended to include on premises connections to Exchange, Sharepoint and Windows servers.

This includes support for Apple iOS devices that can be used to manage email profiles, selective remote wiping of data, remote lock and password resets.

EMS will be generally available in May, with per-user licensing Microsoft said.