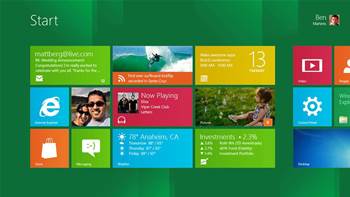 The price of Microsoft’s offer to upgrade recently bought Windows 7 machines, at least in the US, is expected to be US$14.99, Paul Thurrott’s SuperSite blog reported Monday.

Microsoft is expected to begin the promotional campaign in the US on June 2, coinciding with the launch of its Windows 8 Release Preview, as opposed to Release Candidate, traditionally the final phase of Windows prior to the version released to manufacturers.

The new pre-release tack follows Microsoft’s decision to offer just two versions of Windows 8, excluding Windows RT, the operating system that will be bundled with devices running ARM-processors, but not sold separately.

The lack of a free upgrade option may irk Windows buyers used to Microsoft’s traditional offer.

The previous promotion meant consumers who bought Windows 7 Home could have expected to be offered the Windows 8 (basic) upgrade at no charge, Microsoft watcher Mary Jo Foley reported last week.

Under the new promotion, anyone that buys a Windows 7 PC running Home Basic or higher will be only be offered Windows 8 Pro at the said fee.

Windows 8 Pro includes features missing in the basic version that were included in Windows 7 Ultimate and Enterprise, such as BitLocker encryption and Hyper-V desktop virtualisation among other 'power-user' features.

Windows 8 Pro will also include Media Center, otherwise available as a separate add-on “pack” that Microsoft has not revealed pricing for yet.