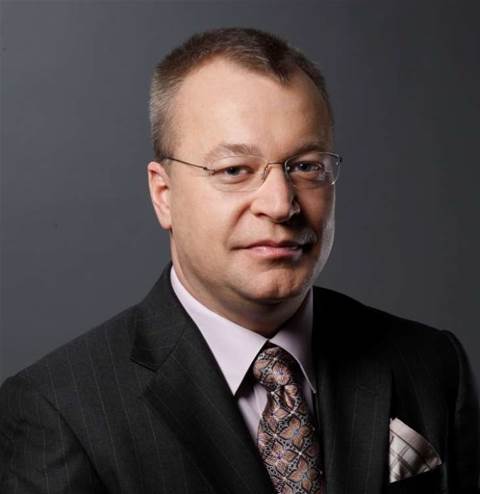 Microsoft will take over Nokia’s Devices and Services business for €5.4 billion (A$7.9 billion), with Nokia CEO Stephen Elop stepping down from his role to return to Microsoft.

The acquisition includes a €3.8 billion payment for the devices unit and €1.6 billion for software patents, the companies revealed today.

The operations to be transferred to Microsoft generated €14.6 billion, or 50 percent, of Nokia’s net sales for 2012, the company said.

Elop will depart Nokia to become executive vice president of Devices and Services at Microsoft once the acquisition closes. Elop previously worked for Microsoft from 2008 to 2010 as head of its Business Division.

Chairman Risto Siilasmaa will become interim CEO at Nokia while the company looks for a replacement.

He said the announcement marked an important moment of change and reinvention for Nokia and its employees.

“After a thorough assessment of how to maximise shareholder value, including consideration of a variety of alternatives, we believe this transaction is the best path forward for Nokia and its shareholders,” Siilasmaa said in a statement.

"With our strong corporate identity, leading assets and talent, and from a position of renewed financial strength, we will build Nokia's next chapter."

The transaction is expected to close in the first quarter of next year and is subject to Nokia shareholder approval.

Microsoft will give Nokia €1.5 billion in financing to Nokia immediately upon the deal’s close, made up of three €500 million tranches of convertible bonds maturing in 5, 6 and 7 years.

Microsoft will also be given a 10 year license to use the Nokia brand on current mobile products, but Nokia will continue to own and maintain its Nokia brand.

The deal would provide a “solid base for future investment” in the three businesses, the company said.

Around 32,000 Nokia employees will be moved over to Microsoft, including 4700 from Nokia’s home base in Finland. Nokia will have around 56,000 employees following the staff moves.

The Nokia chief technology office, as well as its patent portfolio will remain within Nokia.

Nokia first partnered in 2011 with Microsoft. It has since used Microsoft's Windows software on its mobile phones.

Nokia saw an end to six straight quarters of losses with its recent Q4 2012 financial results which revealed a return to operating profit for the first time since Q1 2011. It posted a €439 million (A$644 million) profit.