The future is bright.

Despite the constantly changing threat landscape that presents enormous challenges for IT security professionals, a case can be made that the industry has progressed, according to one optimistic expert.

Delivering a keynote Tuesday at the RSA Conference in San Francisco, Scott Charney, corporate vice president of Microsoft's Trustworthy Computing, said that technological strides in identity systems, new delivery models, and operational security over the years are proof that public and private sector demands fuel innovation in the security space. 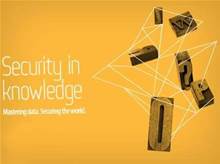 "The efforts of people in this room have made a lot of headway," Charney said during his talk. "We're creating an opportunity in the future to fundamentally reshape our posture where we can be more reactive and see things before they happen and solve them in advance."

One of the biggest challenges facing the industry is obtaining social, political, and IT alignment. As more organisations place importance on safeguarding data, Charney said the industry is taking significant steps toward that alignment.

"When you see markets starting to demand secure development, you've reached an inflection point, and the future will look different," he said.

"In the face of increasingly sophisticated attacks, we have raised the fences," he said. "But offense beats defense on the internet. It takes a while for government to think about what kind of strategies will be effective in this space."

Nations are beginning to better collaborate on the topic in serious ways, Charney added.

Even though some countries have taken considerable steps in harmonising cyber security strategies to work in conjunction with others, the challenges aren't in the processes, but the rather, the technology, Charney said.

"Today we have too much noise in the network and can't tell the serious stuff between the non-serious stuff," he said. "I'm optimistic with the people in this room, we can fundamentally move into a more secure world."