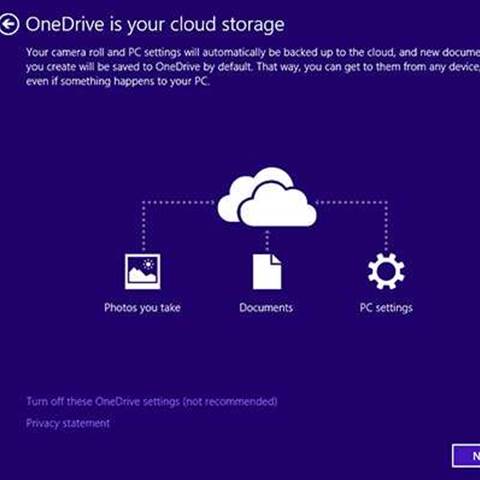 Microsoft has abandoned plans to offer unlimited cloud storage to all OneDrive for Business users, with only customers of a certain scale and on certain plans now set to receive the upgrade.

Unlimited OneDrive storage for all business customers was promised by Microsoft in October 2014, and scheduled to arrive this year.

But following through with the promise has proved difficult for Microsoft.

Users of the OneDrive consumer service had the option removed in November this year alongside reductions in the storage amounts offered with free plans, after Microsoft complained that subscribers were over-using the service to back up large amounts of data.

OneDrive users were furious about the diminished options, and Microsoft was forced to apologise and restore the original amounts on some plans.

The unlimited option still won't make a return, however, on the consumer OneDrive cloud storage service.

For business users, the company said that only a subset of Office 365 customers would get the unlimited storage promised last year. Other Office 365 Business subscribers will stay on 1TB of space per user.

Microsoft vice president of the Office division, Jeff Teper, issued an apology to Office 365 customers for the company's tardiness and inability to provide unlimited storage to all subscribers.

"Overall, we have taken too long to provide an update on our storage plans around OneDrive for Business," Teper said.

"We also recognise we are disappointing customers who expected unlimited storage across every Office 365 plan, and I want to apologise for not meeting your expectations," he added.

Unlimited storage will be available on the following plans, for organisations with more than five Office 365 customers:

Microsoft intends to phase in unlimited storage for the above plans, but did not provide a date when it would become available.

In the interim, the company intends to give eligible customers an automatic increase from 1TB of storage to 5TB of OneDrive storage, with the rollout starting this month and expected to be complete by March next year.

Customers who require more than 5TB storage on OneDrive can request it from Microsoft.

Microsoft has also released a new synchronisation client for OneDrive that supports up to 10GB file sizes, and which is no longer limited to a maximum of 20,000 files.

The Next Generation Sync Client software is available for the Windows 7, 8 and 10 operating systems, and Apple's Mac OS X 10.9 and above. Support for Windows 8.1 will be ready in the first quarter of next year, Microsoft said.

For now, the new sync client only supports OneDrive for Business, and not SharePoint, in the current release.

OneDrive for Apple's iOS mobile operating system will be updated before the end of December with offiline storage, which has been available on its Android client since September this year.

Offline storage is planned to come to Windows 10 Mobile by the second quarter of next year, Microsoft said.