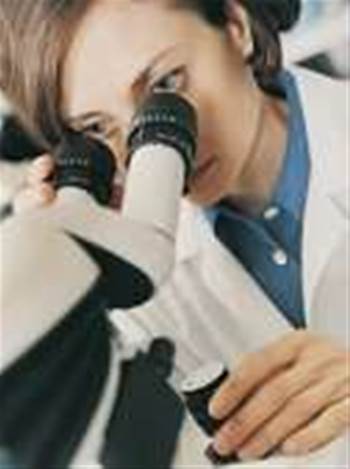 Microsoft's research arm has been showing off its current projects at the annual TechFest event in Seattle.

The first project involves a 'closed-loop' control system that puts idle servers into a low power state to save energy but can bring them back online quickly so that response times are not affected.

The second project is to build a server using low-power processors to determine whether certain functions in the data centre, such as running databases for a web site, could be handled by these lower cost and lower power machines.

"In the past we have shown touch technologies that are now part of Microsoft Surface, artificial intelligence projects that enhanced Live Search and Windows, and database and graphics research that led to WorldWide Telescope."

Also on display were new technologies that Microsoft hopes will increase the take up of audio conferencing.

Conventional systems put all audio data into a single channel but the new technique splits the audio from different people into different channels, so that the listener can tell more easily who is speaking.

"More than ever we are committed to this investment, enabling our researchers and developers to continue advancing technology for challenging societal problems and pushing the boundaries of computing in exciting ways."

Got a news tip for our journalists? Share it with us anonymously here.
Copyright ©v3.co.uk
Tags:
audiomicrosoftmicrosoftspowerprojectsresearchsoftware