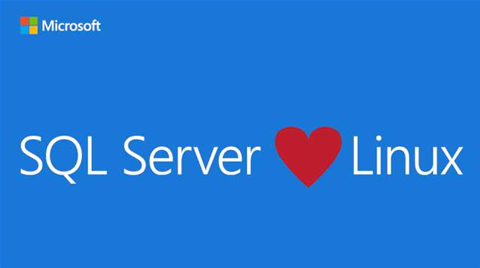 Preview released in partnership with Red Hat and Canonical.

Scott Guthrie, Microsoft's vice president of its cloud and enterprise group, said the Linux version was expected to become generally available by the middle of next year. A private preview is currently available.

According to Guthrie, the offering gives customers a consistent RDBMS platform across Windows Server and Linux and additional flexibility.

Microsoft - which is currently number two in the RDBMS market - is, however, a latecomer in enterprise databases running on Linux.

Competitors IBM and Oracle released Linux versions of their enterprise RDBMS flagships around 2001 and 2007 respectively.

Enterprise Linux vendor Red Hat said it would collaborate with Microsoft to bring SQL Server 2016 to its customers, extending an existing relationship between the two companies.

Microsoft did not reveal how SQL Server 2016 for Linux would be licensed, nor did it provide benchmarks for comparison with the Windows Server version.

It said the new version of the database offered in-memory support for every workload, promising 30 to a hundredfold performance increase compared to using traditional data storage.

Data stored in SQL Server 2016 can now be encrypted extensively at rest, in motion and in memory for improved security, Microsoft said.

Other key improvements in SQL Server 2016 singled out by Guthrie include substantially faster data warehousing performance, tested with the TPC-H 10 terabyte benchmarks for non-clustered setups, and with the SAP SD two-tier benchmark on Windows.