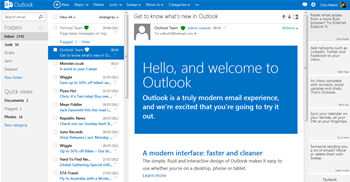 Microsoft user forums have been flooded with complaints of issues with Outlook following the company's recent release of its monthly Patch Tuesday update bundle.

The software giant released four critical patches and eight others ranked 'important' in its bundle earlier this week.

But one of the patches - MS15-115 - is creating unintended side effects for Outlook users.

The patch was intended to address a flaw in Windows' handling of fonts, and prevent remote code execution if an attacker convinces a user to either open a malicious document or visit an untrusted webpage that contains embedded fonts.

Instead, the update is causing Outlook to crash for a large number of users.

"Today I`ve deployed latest Outlook patch to all of my clients, and now Outlook is crashing every 10 minutes and then restarting itself. I tried on fresh Win10, no AV with latest patches applied and here we go, Outlook crashing there too," one user on the Microsoft TechNet forum wrote.

"I have already seen the same error reported today on 3 different PCs at 3 separate locations with the end users Outlook crashing every 10 minutes - and I am guessing that number is going to rise," another said.

The issue, according to customers, arises when an Outlook user browses through an email that contains certain trigger fonts.

"Opening and scrolling through a specific email that contains certain graphics seems to be crashing Outlook each time, regardless of safe mode, repairing Outlook, etc,"  a TechNet forum member said.

"This behaviour is not reproducible on any Outlook 2010 that does not have the latest updates installed. The crash occurs as the email is being scrolled through, not just opened."

Outlook users reported all versions of the software from 2007 appeared to be affected, but said the issue can be resolved by uninstalling the patch.

Update: Microsoft said it had re-released KB 3097877 for Windows 7 to address the Outlook issue.

"We recommend customers apply this update to help stay protected."