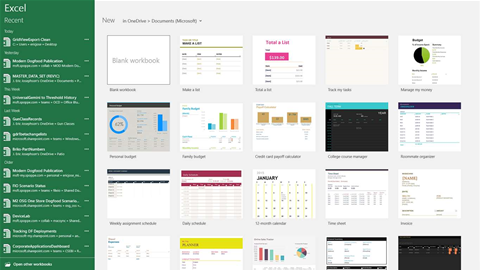 Microsoft has opened a preview version of its upcoming Office 2016 software suite to the public for testing, as long as users agree to sign a comprehensive non-disclosure agreement.

The company has stated its intention to release the latest version of Office towards the end of this year.

To get access to the software ahead of its official release, Microsoft is asking users to sign an NDA on its Connect site before they can download the software.

The NDA is in effect for five years, and bans users from mentioning the technical preview in any form or posting screenshots of it.

However, leaked slides reveal Office 2016 is likely to look in design much like its predecessor Office 2013. It is expected to include a help assistant - like its former Clippy - alongside various extra features, interface adaptions and touch-friendly versions.

Among a number of granular improvements to PivotTables, BI and Excel integration, PowerView, forecasting functions and the user interface in Backstage, Microsoft has also made several updates to Skype for Business (previously known as Lync).

Microsoft recently opened a preview of a touch-optimised version of Office for its Windows 10 operating system.

The 'Touch Office' applications for Windows 10 (currently only Word, Excel and PowerPoint) have been built using Microsoft's Universal Apps technology to enable them to run on traditional desktops as well as mobile devices.

The preview is so far only available for the desktop version of Windows 10. Mobile versions of the three apps are expected to arrive for preview soon.

Both Office 2016 and Office for Windows 10 will ship later this year.