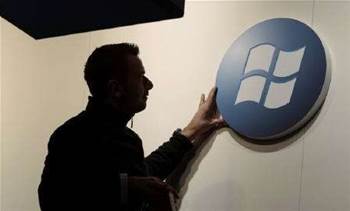 Claims to have a perpetual royalty-free license anyway.

Google should not be allowed to buy thousands of patents belonging to bankrupt Nortel Networks under current sale terms, Microsoft said on Monday, the deadline for bids in an closely watched auction.

Microsoft, which claims a "worldwide, perpetual, royalty-free license to all of Nortel's patents" following a 2006 deal, said in a filing with a Delaware bankruptcy court that existing agreements should be transferred to any new owner of the intellectual property, which spans many fields.

Google has offered to pay US$900 million for more than 6,000 patents and patent applications belonging to Nortel, a once mighty Canadian network equipment maker that filed for bankruptcy protection in January 2009.

The sale will likely face competing bids from many of the world's largest tech companies and is expected to raise more than US$1 billion for Nortel's creditors.

Google has agreed to buy the patents subject to all existing commercial licenses, Nortel has said, but a string of companies are pushing for stronger wording in the final deal.

Microsoft believes all such agreements "must remain enforceable against the purchasers of the transferred patents," whether it ends up being Google or another company, it said in the filing.

The buyer of Nortel's patents will gain bargaining power for cross-licensing deals and a bulwark against litigation. But it also will have to navigate a maze of existing agreements, which could dampen excitement and limit the eventual price tag.

Several sources have told Reuters that likely bidders include Apple, Ericsson and RPX, which licenses patents on behalf of member clients for a fee.

Nortel says the assets may be sold in a single sale to one buyer or in parts to several purchasers.

"Microsoft and Nortel entered into an agreement, money was paid, and its for the life of those patents," said Richard Ehrlickman, vice-president of intellectual property of General Patent Corp, which did not advise any of the potential buyers.

Computer maker Hewlett-Packard and handset makers Nokia and Motorola Mobility, among others, also filed objections to the terms of the sale.

Motorola wants language inserted into the contract so it can assert any legal argument, including an affirmative defense, in any lawsuit brought by the eventual owner of the patents.

HP also is requesting a clarification of terms and Nokia said terms should ensure the buyer makes any industry-standard patents available at fair, reasonable and non-discriminatory terms.

The auction -- for patents covering wireless, data and optical networking, voice, Internet, semiconductors and other technologies -- is due to take place later this month.

Nortel has raised around $3.2 billion for creditors by selling assets.