Microsoft may need to credit customers for cloud login outage 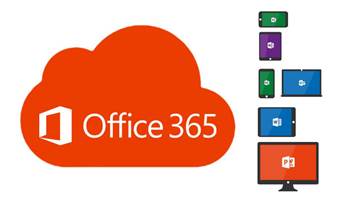 If the impact was above one hour.

Australian enterprise users caught out by yesterday’s Microsoft cloud login outage may qualify for 25 percent or higher credits on their monthly service fees.

Noel Fairclough, a principal solutions consultant at Data#3, said in a LinkedIn post that an outage of one hour or greater put users in line for compensation.

“Microsoft has a service level agreement (SLA) of 99.9 percent per month for Office 365 services,” Fairclough said.

“I know Data#3 was impacted by this outage for approximately one hour.

“Assuming no outage tomorrow (31st of Jan), this puts the monthly SLA at 99.86 percent.

“According to Microsoft’s SLA agreement documentation ... for a breach greater than 99.9 percent you are entitled to a 25 percent service credit.”

The problems began about 7.15am AEST and were not fully resolved for all customers until about 11am, though some users continued to report intermittent access problems even after that time.

Fairclough claimed the existence of service credits was one reason cloud remained a superior choice to running on-premises systems, despite the outage.

“Regardless of whether the ‘cloud is down’ or your ‘on-prem infrastructure is down’, the speed at which the service is restored and therefore your business continuity will always be quicker in the cloud,” he said.

“The argument for keeping commodity infrastructure on-premise (such as email and file storage) is only valid if there is never, ever a single problem with the on-premise infrastructure. Which we all know is never the case.”

Fairclough said that the impact of the outage on Data#3 was minimised in part because few people were at work when the problem arose.

However, he acknowledged that “the scope of this outage impacted different organisations in different ways”, meaning at least some are likely to qualify for service credits.

Microsoft also said that during the outage there was a 50-50 chance that users could authenticate, meaning its customer base was unevenly impacted.