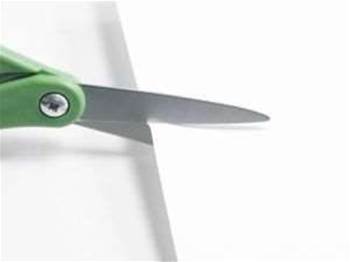 Microsoft has eliminated some 800 positions in what the company hopes will be the last in its recent series of job cuts.

The company confirmed on Wednesday that it would be issuing the layoffs as part of the move to shed some 5,000 jobs in an effort to cut its operating costs. The layoffs were originally slated to run until mid 2010, but Microsoft said that the cuts have been completed ahead of schedule.

A Microsoft spokesperson told iTnews that a "very small number of positions within the Australia entertainment and devices division" were included.

Microsoft said it represented only a "fraction" of its Australian team.

"We are working closely with affected employees to help them through this difficult transition. This is always a difficult decision that the company does not take lightly, however this action will enable us to redeploy resources into long-term product development."

The job cuts were the first significant cuts Microsoft has had to make. When the move was first announced in January of 2009, the company said that the recession had greatly slowed sales, particularly in the enterprise IT market.

In addition to the job cuts, the company has also reduced executive pay and cut spending on marketing efforts in hopes of saving money.

The layoffs come in the aftermath of Microsoft's biggest software release in recent years. The company hopes that the recent rollout of Windows 7 helps to boost sales and proves to be more popular with consumers than its predecessor, Windows Vista.

Got a news tip for our journalists? Share it with us anonymously here.
Copyright ©v3.co.uk
Tags:
companycutshopesjoblayoffsmicrosoftsoftwaretraining & development