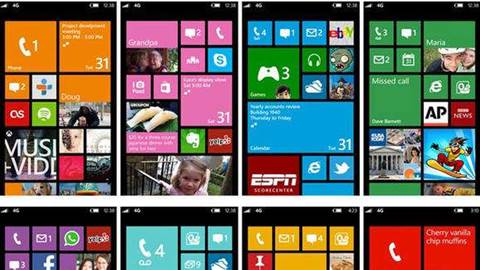 Microsoft has invited developers to sign up for a preview version of the Windows Phone 8 software development kit (SDK) in advance of the operating system's launch later this year.

Developers have until September 17 to register to test their applications against "emulators" for a range of features -- some of which are yet to be announced.

Randolph told developers at the TechEd conference that all existing Windows Phone apps would automatically work on Windows Phone 8 handsets; albeit with a few visual hiccups.

"Those apps will go forward to Windows Phone 8; you won't need to do anything to make them work," he said.

"So if you're thinking about delaying development until Windows Phone 8 comes out, you may as well start today because it's going to work."

Applications running on 720p Windows 8 Phones would initially be marred by a black border, due to the additional space on the 16:9 screen.

Randolph acknowledged there was "no easy way" of solving this issue for existing apps, but developers would be able to auto-scale their apps once the Windows Phone 8 SDK was available.

Glover said there was still "a lot of work to do" on the Windows Phone platform, but claimed its positioning in the marketplace was strong in the leadup to Windows Phone 8.

Windows Phone has amassed more than 100,000 apps since the operating system launched two years ago.

"Australia has been absolutely brilliant in terms of embracing the phone and getting applications out there," Glover said.