Microsoft has confirmed login issues with Office 365 for users in Australia and New Zealand, with thousands reporting problems.

[This story is from June. If you are looking for information on today's - September 29 - Office 365 outage, read our story here] 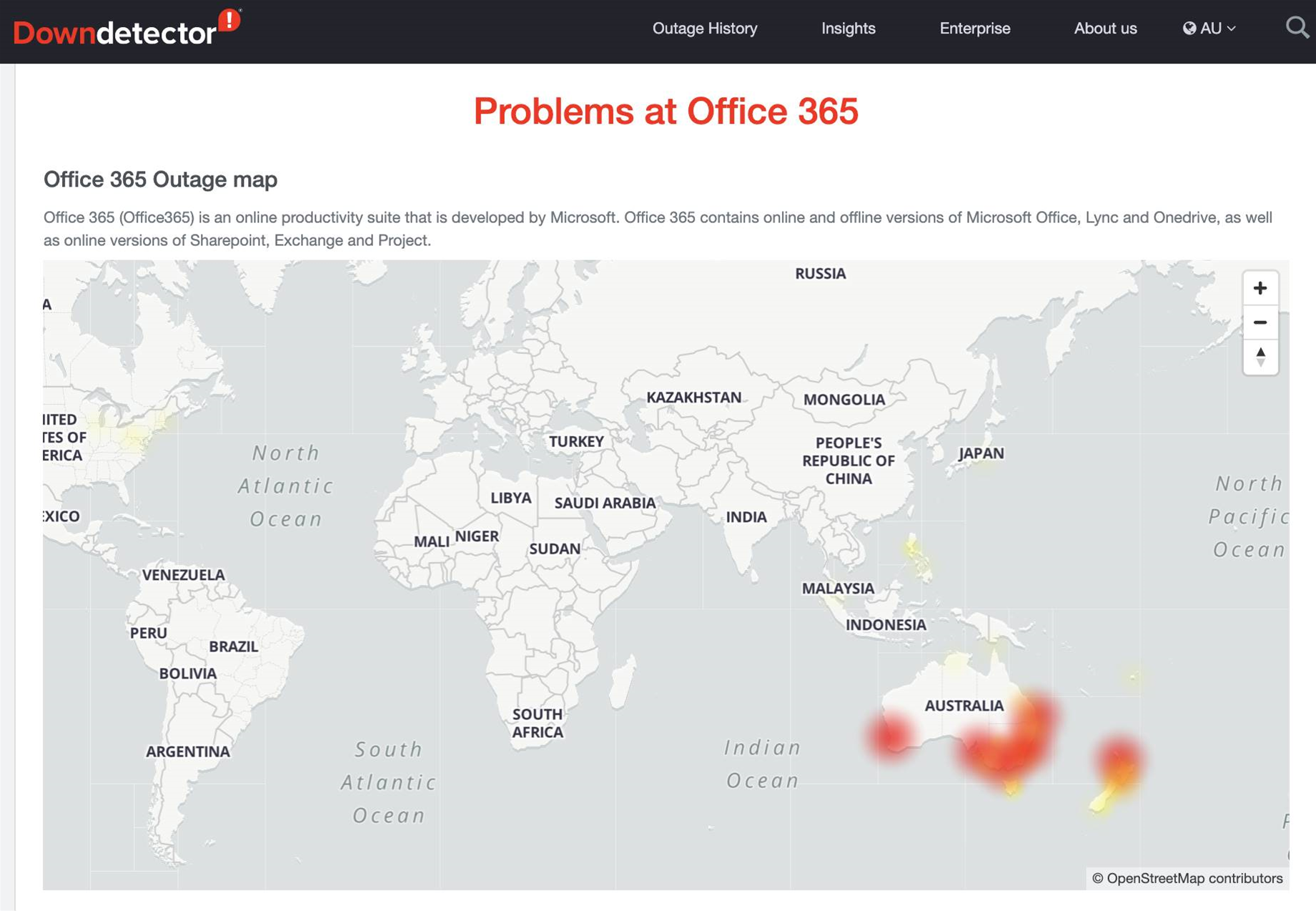 "Monday morning in APAC, 7000+ employees in our Business are unable to authenticate on O365 to any services. We work in healthcare. This is not acceptable," one user tweeted.

The company confirmed the problems in a service health notification, noting that they only impact its Oceania region.

“Users may receive an error when attempting to access Microsoft 365 services,” the company said.

Inaccessibility to Office 365 appears to be the result of problems with Azure Active Directory, though Microsoft's Azure dashboard shows no specific problems in the region.

Microsoft initially directed users to a status advisory hosted on its admin portal, however most users were unable to authenticate to view it.

Users starting reporting recovery of services at around 11.40am.

Microsoft said just before midday that it had "redistributed traffic in the affected infrastructure and have confirmed that service has been restored", though some users continued to report inaccessibility issues.

It also had similar accessibility issues, albeit on a global scale, in January 2019 and in late 2018.