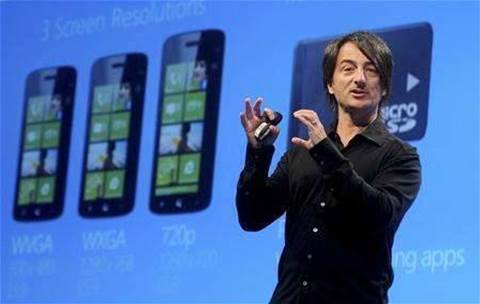 Phone Companion requires OneDrive cloud storage and a Microsoft account, but will be free to download and use, Microsoft said.

Microsoft has updated its Xbox Music app for Android and iOS so it can playback songs and playlists from OneDrive as well.

The company's head of operating systems, Joe Belfiore, said Microsoft wanted Android and iPhone devices users to "enjoy some of their Windows experience and content while away from their Windows 10 PC".

Cortana on the non-Microsoft operating systems will have most of the features it does on Windows 10. Features that require system access won't initially be available on Android and iOS, such as changing settings and opening apps through Cortana.

Belfiore said the hands-free voice activation of Cortana also won't work on Android and iOS, as it requires integration with device microphones.

The OEMs include companies from Europe, the US and Asia, and feature global brands like Haier, LG and Sony.

Electronics giant Samsung was first out of the gate with a Microsoft partnership, announcing in March this year that it would pre-install Office apps, OneDrive cloud storage and Skype on its Android tablets.