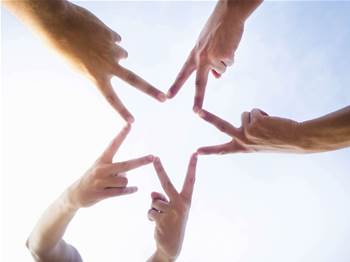 Enterprise collaboration tool Yammer has been integrated with Office 365 Groups and will eventually require existing users to deploy SharePoint and other Microsoft products, the company said today.

Microsoft in February said Yammer would be free for eligible Office 365 customers.

Due to the changes announced today, the Yammer Enterprise subscription will no longer be available as a standalone buy - it will come with access to Office 365 applications such as SharePoint and OneNote.

Customers can instead transition to Office 365 plans like K1 or E1, which provide the required productivity apps that Yammer will integrate with.

Over the coming months - Microsoft provided no exact date for the cutover - the company will roll out "new experiences" in phases for Yammer users. Customers who enforce Office 365 identity will receive the new features first.

Microsoft said some of the new features include being able to create and share content using Office Online, authoring Word, PowerPoint and Excel documents, and using Planner for lightweight task management.

Microsoft will also enable sharing to Yammer from within Outlook.

While Microsoft's long-term plan is to migrate all files stored in Yammer to SharePoint to provide unified file storage, for now they will remain in the Azure cloud.

The company recommended users continue to use Yammer for easy and quick file sharing and video streaming. Content that needs the structure and management capabilities of SharePoint should be stored in the group document library, Microsoft said.

Yammer Notes will be replaced by OneNote notebooks over the coming months, Microsoft said.

Existing Yammer Notes will be migrated into Word documents, and put into the Yammer Files section, Microsoft said.

The broader integration will mean Yammer can be managed from Office 365's Admin Centre as well as the collaboration tool itself.

Office 365 groups are stored in Azure Active Directory, and changes made within Yammer are reflected to the cloud service automatically.

While Microsoft is reorganising its corporate collaboration offerings, Facebook is reportedly getting ready to launch its Facebook At Work enterprise communications tool.

Facebook At Work has been in closed beta since early 2015, with the social network offering invites to large international companies to test the service.

The firm is reportedly now preparing to launch the tool as a paid-for service, according to The Information [paywall].

The social network had originally planned to offer Facebook At Work for free, and charge customers for any additional services used. However it is now reportedly intending to charge customers per employee, per month.

The company is yet to comment on its plans.