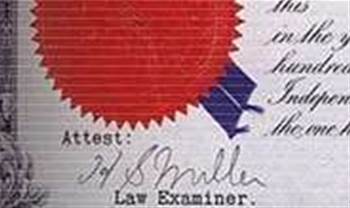 Microsoft has asked antitrust regulators in Europe to intervene in a patent dispute with Google and Motorola Mobility Holdings as it stepped up its battle against the rival search giant.

Microsoft complained that Motorola Mobility was charging it too much to use patents in the Windows and Xbox maker's products.

The complaint comes a week after the European Commission -- the EU's executive arm -- and the US Justice Department approved Google's $US12.5 billion acquisition of Motorola's mobile manufacturing arm.

Google had pledged to license Motorola patents on fair and reasonable terms if the deal were allowed to go ahead in the week before EU approval for the deal, which is still being reviewed by China's regulators.

But Microsoft argued that "Motorola has refused to make its patents available at anything remotely close to a reasonable price" in a blog posted by its deputy general counsel Dave Heiner on Wednesday.

Microsoft said Motorola had asked it to pay a royalty of $22.50 for a laptop computer worth $1000 for its use of 50 Motorola patents that apply to a video technology standard.

This compares with a two cent royalty charged by a group of 29 companies that offer the use of more than 2300 patents for products following the same video standard, according to Microsoft.

As a result Heiner said Microsoft had filed a formal competition law complaint against Motorola Mobility and Google.

Heiner had initially named just Motorola Mobility in the blog post but in an update said the complaint also included Google.

"We have taken this step because Motorola is attempting to block sales of Windows PCs, our Xbox game console and other products," he said in the blog.

Heiner said Motorola had filed lawsuits in the United States and in Europe demanding Microsoft take its products off the market, or else remove their standards-based ability to play video and connect wirelessly.

"Motorola is on a path to use standard-essential patents to kill video on the web, and Google, as its new owner, does not seem to be willing to change course," Heiner said.

Antoine Colombani, a spokesman for competition affairs at the EU Commission, said the regulator has received the complaint and will examine it.

Neither Motorola nor Google commented on the specific allegations. Motorola Mobility spokeswoman Jennifer Erickson said Motorola had not received a copy of the complaint but was "committed to vigorously defending its intellectual property".

Google dismissed the complaint as "just another example of their attempts to use the regulatory process to attack competitors". It did not give other examples in an emailed statement from a spokeswoman.

The Microsoft complaint follows an appeal filed by Cisco over the EU's approval of Microsoft's own purchase of VoIP and chat provider Skype.

EU regulators are also investigating whether Samsung has infringed EU antitrust rules in its patent disputes with Apple in courts across Europe.

Microsoft was the target of antitrust action for two decades in Europe and the United States. EU regulators imposed fines of more than a billion euros on the company for breaching EU antitrust rules.