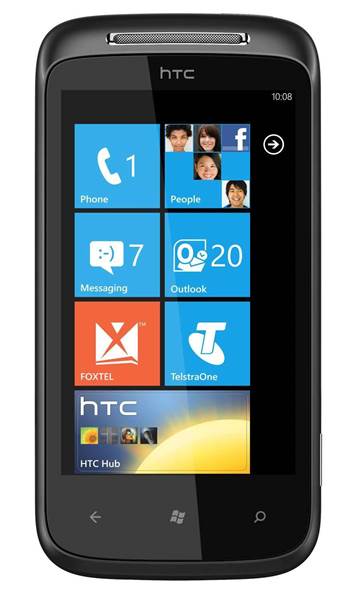 Chip lock down on Windows Phones.

Teardowns of various Microsoft Windows Phones across the globe have revealed that microSD cards are locked down to individual devices.

Early excitement about the potential to boost the memory and storage capacity of Windows Phone 7 devices by swapping in-built SD cards have been all but dashed. Owners that attempt to do so risk harming their phones.

US carrier AT&T warned its customers last Friday not to replace the installed microSD card within the Samsung Focus because there was no Windows Phone 7 compliant replacement cards available on the market, according to a statement it issued to US tech blog Engadget.

Australian buyer’s of Samsung’s Windows Phone 7 won’t face the same problem, however, because the Omnia 7, sold through Optus, does not have an SD card.

According to mobile blog WMPoweruser.com, the Omnia - like Apple’s iPhone - relies on an unswappable soldered NAND chip.

While it appears that tear down enthusiasts may be able to replace the microSD cards inside HTC’s 7 Mozart, sold locally through Telstra, Microsoft has warned against it.

Windows Phone 7 devices treat the card as “an integrated part of the phone”, according to Microsoft.

“If your Windows Phone 7 device contains an SD card, you should think of it as a permanent component of your phone, not as removable storage,” its support page states.

Aside from emergency calls, the phone will "stop working properly if you remove the SD card, and the SD card cannot be read by another phone, device, or PC,” Microsoft said.

Samsung’s support page for Windows Phone 7 noted that the microSD card was integrated into the phone’s file system and was treated as a “permanent modification” to it.

Once it has been integrated, it will no longer be readable or writable on any other device, Samsung warned.