Microsoft credits AI for getting Win10 users to update quickly 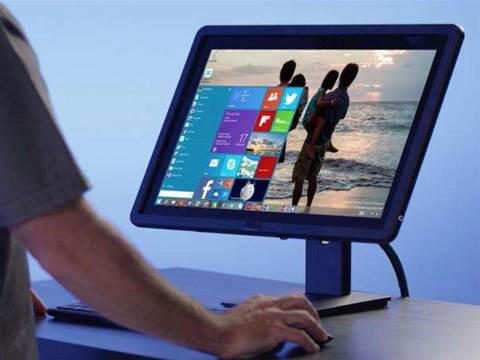 Confirms April update take-up as its fastest ever.

Microsoft used artificial intelligence to identify users who would be most likely to install the April 2018 Windows 10 update quickly.

Last month, it was revealed by an ad platform maker that take-up of the Windows 10 update (also known as 1803) was faster than any update before it, reaching half of all users within the first month.

There was speculation at the time that the speed may be the result of a decision by Microsoft to push updates to users that had elected not to receive them immediately.

However, Microsoft said today that the speedy take-up of version 1803 is down to a previously undisclosed machine learning algorithm that can detect which machines are most ready to be updated.

“Our AI/machine learning approach started with a pilot program during the [previous] Windows 10 Fall creators update rollout,” the company said in a blog post.

“We studied characteristics of devices that data indicated had a great update experience and trained our model to spot and target those devices.

“For the April 2018 update rollout, we substantially expanded the scale of AI by developing a robust AI machine learning model to teach the system how to identify the best target devices based on our extensive listening systems.”

Microsoft said that when the AI model or telemetry data indicates an update may cause an issue for an individual machine, it works to prevent the user being offered the update “until we thoroughly investigate.”

“Once issues are resolved we proceed again with confidence,” Microsoft said.

“This allows us to throttle the update rollout to customers without them needing to take any action.”

If an issue was identified once users were already pushed the update, Microsoft indicated it would communicate in its forums “what is occurring and actions we are taking.”

“A recent example from the past month was a black screen/reboot issue we detected within 24 hours of it first appearing,” the company said.

“We immediately blocked all PCs that could be impacted by this issue from being updated, and communicated to customers within 24 hours, including an initial work around.

“In the next 24 hours, in cooperation with Avast, Microsoft identified an element of the Avast behaviour shield that conflicted with the April 2018 Update.

“Avast immediately released a fix to prevent this issue from further occurring, enabling us to continue to safely roll out the April 2018 update to those devices.”

Microsoft said that the April 2018 update “is officially the fastest version of Windows 10 to reach 250 million devices”.

The company said it is also “approaching 700 million monthly active devices” on Windows 10 in total.