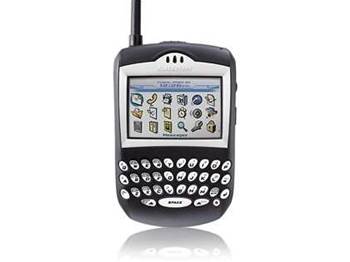 Research In Motion (RIM) is in danger of being plucked by Microsoft as the firm’s market value continues to slide due to the financial crisis and pressure on margins.

With shares trading at a paltry US$60 – down US$88 from US$148 in just four months – RIM is looking ripe for the picking.

Canaccord Adams analyst Peter Misek reckons Microsoft has already made a move, with a "standing offer" to buy RIM out for US$50 a share if the shares fall much below that.

It’s thought that RIM might not fight too hard against the takeover, if Microsoft approached it in a friendly, non aggressive way.

A potential deal between the two firms could completely change the name of the game on the smartphone playing field, dealing a massive blow to Google and its megalomaniacal dreams of taking over the phone market as well as the rest of the world.

But it might not all be as easy as berry pie for the Redmond Giant. Most Blackberry users are already so dependent on the phone’s system that changing it to Windows Mobile could prove mighty unpopular.

If Microsoft does go ahead with the move, it might have to consider having a dual OS or adapting the Windows Mobile code enough to support all Blackberry features.
Got a news tip for our journalists? Share it with us anonymously here.
theinquirer.net (c) 2010 Incisive Media
Tags:
blackberrycouldhardwaremicrosoftpick