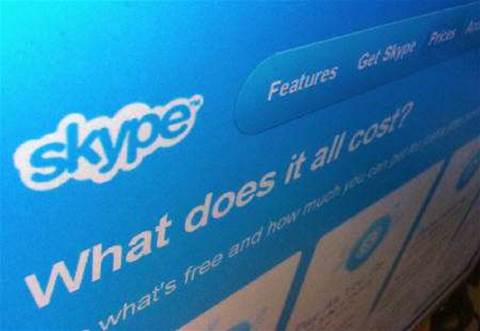 Microsoft plans to buy Internet phone service Skype for US$8.5 billion in cash, a rich price as it seeks to regain ground on growing rivals such as Google.

Microsoft's interest in the money-losing but popular service highlights a need to gain new customers for its Windows and Office software.

Skype has 145 million users on average each month and has gained favour among small business users.

"It doesn't make sense at all as a financial investment," said Andrew Bartels, an analyst at Forrester Research.

"There's no way Microsoft is going to generate enough revenue and profit from Skype to compensate."

The sale marks a big payday for Skype's owners, online auction site eBay and a group of investors including Silver Lake, the Canada Pension Plan Investment Board and Andreessen Horowitz.

Skype delayed plans for an initial public offering that was expected to value the company at more than US$3 billion.

It had been looking at other options, including tie-ups with Facebook and Google. Such a deal was expected to value Skype at US$3 billion to US$4 billion.

The Luxembourg-based company, which allows people to make calls at no charge but has also developed premium services, would give Microsoft a foothold in the potentially lucrative video-conferencing market as businesses shift to lower-cost ways of communicating.

Skype could be combined with Microsoft software such as Outlook to appeal to corporate users, while the voice and video communications could link to Microsoft's Xbox live gaming.

Longer-term, Skype would offer Microsoft another route to develop its mobile presence, an area it has already put more energy and resources into as PC usage comes under threat.

The Skype deal is the biggest in the 36-year history of the world's largest software company. It was first reported late on Monday by tech blog GigaOM.

The US$8.5 billion price tag was a surprise. Although the sum would not stretch cash-rich Microsoft, some said it was high for a company whose ownership has changed several times during its relatively short life.

"But if you consider (it) was just valued at about US$2.5 billion 18 months ago when a chunk was sold off, then US$8.5 billion seems generous and means Microsoft has a high wall to climb to prove to investors that Skype is a necessary linchpin for the company's online and mobile strategy," he added.

Skype, which was formed in 2003, was bought by eBay in 2005 for US$3.1 billion. Last year it had in US$860 million in revenue but posted a net loss of US$7 million, according to data in its initial public offering filing.

In 2009, eBay sold a majority stake in Skype to the investor group for US$1.9 billion in cash and a US$125 million note. EBay retained about a third.

Microsoft's Ballmer said his company did not use Wall Street advisers on the deal, approaching the investor group that owns Skype directly. Skype was advised by Goldman Sachs and JPMorgan.