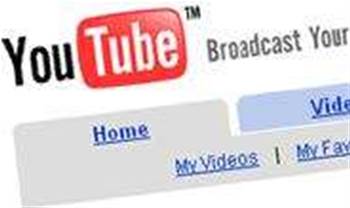 Microsoft has announced its intention of partnering with NBC to get a piece of the new online video service being portrayed as a "YouTube killer".

The Redmond giant will join forces with a newly formed Fox/News Corp and NBC/Universal joint venture to distribute a vast library of online video content to MSN consumers.

Kevin Johnson, president of the Platform and Services Division at Microsoft, said: "Today's announcement is a great win for MSN's 460 million consumers and for online video more broadly.

"When launched, this new venture will provide free access to an unprecedented library of high-quality video content.

"Our investments in MSN Video and Soapbox over the past couple of years have shown us that video is an amazing driver of user engagement and excitement, both for consumers and for advertisers."

Two of the largest TV networks in the US teamed up on Thursday to announce a new online video service that will feed content to some of the most popular sites on the internet.

News Corp and NBC said that they would be launching a joint online video venture which will offer clips and full-length episodes of Fox and NBC TV shows.

The service will not focus on distributing video from a central site. Rather, content will be aimed at users through a network of already-popular web portals. MySpace will be among the first sites to offer the videos.

Shows promised by the new service include The Simpsons, Saturday Night Live.
Got a news tip for our journalists? Share it with us anonymously here.
Copyright ©v3.co.uk
Tags:
backskillermicrosoftsoftwareyoutube