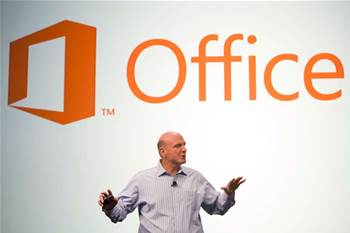 Microsoft has relented on its controversial licensing changes designed to push customers away from its traditionally licensed Office 2013 producitvity suite in favour of the Office 365 monthly rental version.

One of the firm's consumer marketers, Jevon Fark, said in a blog post that Microsoft has changed the retail agreement for Office 2013.

Customers can now transfer their Office 2013 installations from one computer to another, if the first device fails or if they buy a new one.

Fark confirmed that this wasn't possible under the previous agreement.

The transferability options are the same as those in Office 2010 retail licenses and Fark said they take effect immediately for Office Home and Student 2013, Home and Business 2013, Professional 2013 and standalone Office 2013 applications.

According to Fark,  the licensing change were brought on by customer feedback.