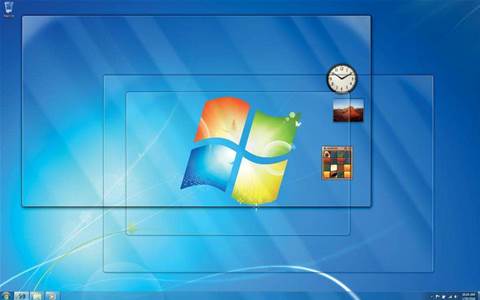 Consumers "can get better guidance at retail or on the web".

Microsoft is set to launch an advertising campaign promoting the security of Windows 7 that even its own executives admitted was less than sincere.

During the Windows 7 launch event in Sydney this morning (see photo gallery top right), journalists were shown a number of advertisements that will feature in an upcoming television campaign - including one touting the operating system's security capabilities.

The advertisement in question features an elderly gentlemen with what looks to be his grandson. They are playing with a very grand toy castle and talking about IT security.

"A while back something just popped into my head: 'My PC should have more security'," said the grandfather. "Like 50-foot castle wall-type security. Next thing I know, whammo! There's Windows 7. Now it keeps all my personal info safer and I don't have to worry about bad stuff getting through. Victory is mine. How's that for secure?"

At this point a wall of flames surrounds the castle.

During the ensuing Q&A session, journalist Nick Ross asked Jeff Putt, who heads up the Windows consumer team, if he thought the advert was misleading.

"Don't you worry that [the advert] might just be misleading a few people into not buying antivirus software?" Ross asked. "Because you're still going to have to, aren't you?"

Putt responded by saying consumers should get "more sincere guidance" from a third party.

"Windows 7 is the most secure operating system we've produced, we now have Windows Live Security Essentials for people to download as antivirus software," Putt responded.

"People have to make their own security choices. I think if they're taking their security advice from the TV ad, hopefully they can get better guidance at retail or on the web... with more sincere guidance around what they should get."