Meta accused by whistleblower of skimping on safety in Australia 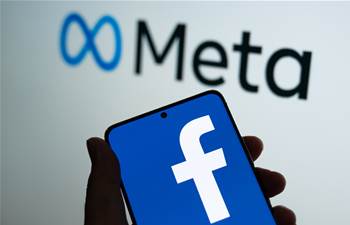 Budget "disproportionately" spent in the US.

Meta is underinvesting in the safety and security of its social media platforms in overseas markets, meaning there is less avenues for recourse available to Australians, according to former Facebook employee and whistleblower Frances Haugen.

Haugen, who accused the social media giant of putting profit before people last year, told an Australian parliamentary inquiry on Thursday that the company's budget “disproportionately” favoured the United States.

She was referring to the US$5 billion (A$7 billion) that Meta plans to spend on safety and security in 2021, having already spent more than US$13 billion on teams and technology in these areas since 2016.

“The reality is that Facebook likes to trumpet about how they’re planning on spending US$5 billion on safety in the coming 12 months, but they ignore the fact that they’re doing cash buybacks equal to US$75 billion,” she said.

“So there are situations where Facebook has to allocate that US$5 billion to different kinds of safety services, different amounts of [content] reviewers, and the reality is that they don’t have to report... statistics.

“And I’m sure on a per capita basis there is less help, less support and less safety for Australians, and because Facebook knows it operates in the dark, and they don’t have to tell the truth about anything, they continue to invest in this way.”

Artificial intelligence is another area that Haugen said was not inherently very smart, but could be trained to be “very precise”, depending on how much was invested and whether the right techniques were used.

Haugen also used her appearance at the inquiry to reiterate her concerns about the co-development of regulation with Meta, saying that “self-regulation does not work” and that any regulation should be “independent of tech giants”.

“Any regime where they write the rules will fail,” she said, adding that regulation must address the algorithms and design features that enabled disinformation, hate and the exploitation of personal data”.

Asked by Nationals MP Anne Webster whether Australia's co-regulatory approach to digital platforms would be effective in bringing about change, Haugen said she was “deeply skeptical that you will get anwhere close to what you need if you allow them to write the rules”.

She added that her own revelations that Meta was aware of the harms caused by its platforms but choose to ignore it in favour of “growth and profit” showed that “platforms cannot be trusted to act in the public interest”.

“We can no longer rely on platforms’ flawed content moderation systems to deal with harmful and illegal content downstream. There’s just too much of it,” she said.

“We need upstream regulatory interventions that account for the design features which spread polarising, divisive content on unprecedented scale.

“We must demand radical transparency from the platforms which have so much sway over our democratic outcomes.

“This inquiry could be the catalyst to ensure Australia’s legislative framework is up to the task of regulating the systems and processes which divide and harm us.

“This is what will ultimately challenge the business models of Big Tech.”