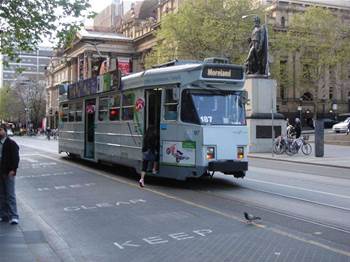 The City of Melbourne has become the first Victorian council to appoint a chief digital officer, naming Michelle Fitzgerald as its inaugural hire.

On top of a number of board appointments, Fitzgerald’s CV also features more than six years with Accenture.

She adds another feather to the city’s digital cap, after the council poached the Department of Human Services’ digital service delivery guru Ben Rimmer to be its CEO in December.

“Michelle comes to us with an outstanding work history in digital strategy both in Australia and internationally,” Rimmer said in a statement.

“In her roles with PwC, she has led teams on projects helping some of Australia’s largest companies to develop and refine their strategies for the future.

“Now Michelle will do the same for the City of Melbourne.”

Melbourne is not the first capital city to appoint a CDO. Brisbane led the charge in 2012 with the appointment of Kieran O’Hea. Cat Matson is currently in the role.

Rimmer has set out a packed digital agency for the local government organisation.

The Smart City Office will attempt to attract start-ups, IT firms and biosciences to Melbourne, whilst leveraging digital technology, agile development and open data to improve customer-facing services.

In a statement the City of Melbourne said it was aiming to become a “smart city” by “getting more out of the city’s infrastructure" through making it talk to the internet.

In May it became one of 16 global cities picked by IBM to take part in the vendor's smart cities challenge, in which the IT giant funds a team of consultants to work with local government organisations to use data analytics to improve the city’s operations.

Last October iiNet was signed up to install free wi-fi across Melbourne and a handful of smaller Victorian cities.