Melbourne IT boss to step down 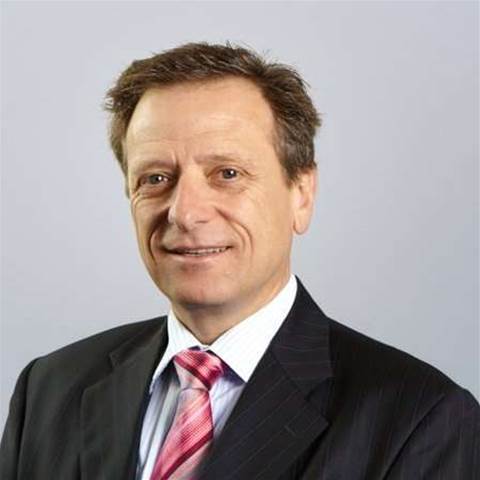 Long-time Melbourne IT managing director and CEO Theo Hnarakis will leave at the end of the year ahead of a business-wide restructure to save $6.5 million in costs.

The company announced Hnarakis’ departure after more than a decade at the helm during its first half FY2013 results, which saw a 9 percent drop in revenue to $51.3 million.

Net profit was up 18 percent to $3.9 million, but earnings before interest, tax, depreciation and amortisation fell 3 percent to $3.7 million.

For the past nine months Melbourne IT has been delivering on a strategic review which highlighted, among other things, the need for a more simplified business structure.

The sales earned Melbourne IT a $66.4 million net gain, the company revealed today, and moved it from a debt pile of $20.8 million to $122 million net cash in the bank.

“The return to a more focused, nimble and principally domestic business will require the central overhead of the company to be brought in line with Melbourne IT’s new size and structure,” chairman Simon Jones told investors.

Hnarakis will depart once a suitable candidate has been found.

The streamlining of the executive workforce is expected to save Melbourne IT $4.5 million.

The company said Hnarakis' tenure at the company would be remembered by such feats as achieving his first of ten straight years of profit after just 12 months in the job.

“His achievements have been considerable, and he will leave our company with a number of meaningful growth opportunities, having established a very capable team which will help our company navigate the next era of growth for our shareholders and staff.”

The focus for the company now is on its SMB Solutions and Enterprise Services divisions.

SMB Solutions’ revenue for the first half of 2013 fell 10 percent to $38.2 million, as did Enterprise Services’ revenue, which was down 13 percent to $12 million.

Melbourne IT attributed the SMB drop to lower domain name registrations from direct sales and partners earlier in the year, which in turn affected hosting sales.

It said a decline in one-off government project revenue and legacy product churn was behind the negative Enterprise result.