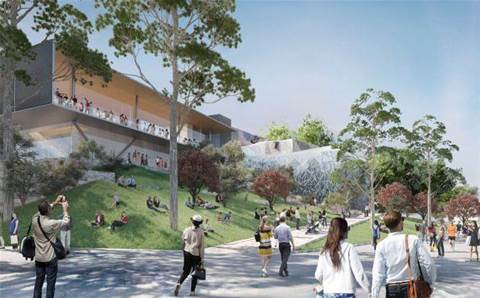 Apple’s ambition to replace a building in Melbourne’s Federation Square with one of its stores has suffered a reversal after the City of Melbourne’s Future Melbourne Committee resolved to oppose the project.

Apple plans to build a global flagship store in the Square, but to do so must demolish the existing “Yarra Building”. That structure can’t be touched without signoff from Heritage Victoria, which is soon to consider the matter.

But because the Square and Yarra Building are in the City of Melbourne, that body’s opinion carries weight. Which is why activist groups Citizens for Melbourne and Our City, Our Square, secured over 1,100 submissions opposing the development ahead of the Committee meeting on Tuesday, March 5th.

The Committee heard submissions and all but one of the eleven members voted to oppose the heritage application required to demolish the Yarra Building.

Tonight goes down in the history books as the moment @cityofmelbourne committed to #OurCityOurSquare.

That decision doesn’t mean the end for the Apple store, as Heritage Victoria still has a decision to make. Apple has also already redesigned the building in an effort to find a design more acceptable to Melburnians and emphasised that it wants to offer education and community engagement activities, not just a shop. But the company has also said that it can’t use the Yarra Building in its current form, in part because it does not afford the spaces it needs for those cultural activities.

The matter’s now bound for Heritage Victoria, which lists the matter here but is yet to announce when it will consider the matter.

CRN expects Heritage Victoria will find itself on the receiving end of plenty more criticism of Apple’s plan.

We’ve asked Apple for comment on the decision and will update this story if we receive anything of substance.

Video of the Committee meeting can be found here.