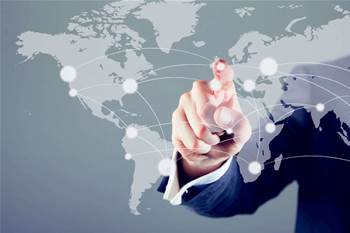 Network virtualisation company Megaport will invest $10 million over the next year to fund an aggressive expansion into the United States.

The company, which was founded in 2013 by serial entrepreneur Bevan Slattery, today announced plans to establish its US headquarters in San Francisco.

Megaport's expansion plans will see services become available in Seattle by the end of September, and the Bay Area, Los Angeles, New York, Ashburn, Chicago and Dallas markets by the end of the year.

The company hopes to recover operating expenses from its US venture within the first 12 months, and is planning a further expansion into Europe during 2016. It already offers services in New Zealand, Singapore and Hong Kong.

Overseeing the new US operation will be Megaport’s executive vice president for the Americas and Europe, Brynn Maddux, who was previously a principal strategic sourcing manager at Microsoft.

Maddux told iTnews the company had already signed enterprise customers in the US, but declined to name any.

“We absolutely do [have enterprise customers signed], but can’t disclose them at this stage. We have some very large content and carrier partners already signed,” Maddux said.

“And we expect interest from different industries in certain markets. So we see a lot of interest in media post-production in New York and LA, the oil and gas industry in Dallas, biotech in Seattle and software in the Bay Area.”

According to Maddux, while the timezone differences pose some management challenges, the company is not planning to relocate its base to the US.

“For us, it’s been a long time coming. We’ve been talking about this expansion for about six to eight months now,” Maddux said.

“Most of our staff are in Australia, our CFO is in Australia, and our roots with [Bevan] Slattery are near and dear to us, so we’ll still have our base in the Australian market."

The US expansion comes just a few months after another Slattery venture - Superloop, which leases dark fibre between data centres in Australia and Singapore - was listed on the ASX.

Superloop was originally part of Megaport, but was separated out once Megaport’s elastic interconnections business model was proven in the marketplace