Meet the Diversity finalists for the iTnews Benchmark Awards 2020 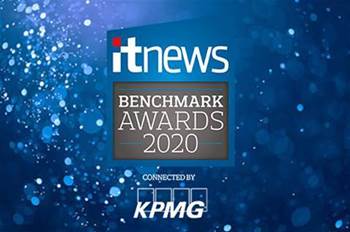 Making a difference above and beyond the bottom line.

It’s no secret that technological change is increasingly instigating broader cultural change across public and private workplaces in Australia with employers looking to broaden how and who they attract to improve organisational and community outcomes.

But there’s a lot more to fostering a genuine culture of workplace diversity and balance than setting easy-to-hit KPIs or running one-off initiatives that just add another corporate t-shirt to the end of year office clean out.

This is the first year iTnews has recognised the pursuit of workplace diversity within the Australian IT sector which is well known for its gender imbalances and sometimes awkward cultural fits.

After some initial hesitation, several readers in the iTnews community prevailed upon us to put the call out to recognise initiatives that would otherwise be valuable but continue to fly under the radar and potentially limiting the wider social good they could deliver.

So we took the plunge – and were overwhelmed by what came in; and we’ll be revisiting many of the entries, not just the finalists, over coming months to illuminate the positive difference many people are making over and above their everyday workplace roles.

The winner is set to be announced at the Benchmark Awards gala dinner at KPMG's Sydney offices on 5 March.

Technology might have delivered convenience and efficiency for many, but it’s also created both challenges and opportunities for people living with a disability, especially when it comes to day-to-day work and study at one of Australia’s most respected tertiary institutions.

Rather than pigeonholing assistive technologies as a special case, Western Sydney University took the plunge to bake them into the fabric of the campus to create equity and inclusion right in the learning environment right down to the support streams.

In a case of looking at how to harness high level skills while overcoming traditional recruitment discrimination, Dandelion leapfrogs traditional perceptions to create opportunity, reward and meaning for both workers and organisations.

Transport for NSW’s Opal card deployment may have been a cracking success, but when it comes to an app-driven transactional culture in public transport, it’s vital people with a disability can come along for the improved ride rather than being left behind.

Rather than just ticking accessibility compliance boxes, the project went all out to design an app user experience that went to new levels for users both with and without disabilities encompassing mobile accessibility, people with low vision and people cognitive and learning disabilities.