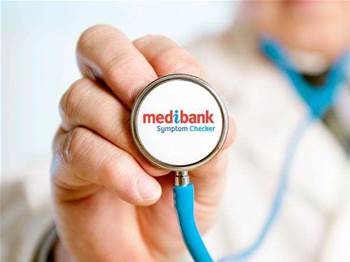 Builds on its flexible working base.

Medibank shifted to an “all-company remote working” model for almost 4000 staff nationally over a three week period by upgrading its corporate VPN capacity and building upon its existing flexible working culture.

Senior executive for operations in Medibank’s Technology and Operations organisation Lauren Curley told iTnews that aside from the corporate VPN capacity upgrade, the company had most other collaboration tools in place, and was now simply making greater use of them.

“We already have an existing flexible working culture, a number of systems and tools to enable our employees to be able to work remotely, and some established practices and ways of working,” Curley said.

“Most of our teams were either doing this on a regular basis or had at least tested this capability in the past.

“We've also done general business continuity planning over the past two years to ensure the governance, regulatory and privacy requirements are already in place and maintained, so when we needed to increase our remote capabilities, we were able to do that quite quickly.”

Medibank has shifted to a full virtual business model nationwide, with staff accessing corporate resources either via VPN or a Citrix connection, depending on which part of the business they are from.

All staff are issued with a laptop or similar device at the start of employment.

“They’ve literally been able to lift and shift that [device from the office to home],” Curley said.

“They're simply changing the environment in which they're working.”

The insurer said “existing tools like Yammer, Skype, Zoom and Teams are being far better utilised” than they had been previously.

The company doesn’t force teams to use a single enterprise tool in this regard.

“We don't necessarily do a ‘one size fits all’ approach,” Curley said.

“It's more about what's going to work best for you and your team so that you can stay connected during this time.

“Some teams already have platforms or applications that they're using, and they simply continued that into this environment.”

Curley said Medibank IT had been “working in the background to monitor system and network performance” as the company moved to a virtual operation, making adjustments “to ensure that our end users and our employees are able to continue to do their work.”

The company had contingency plans in place in case it encountered network issues in the transition, though the combination of the VPN capacity upgrade and existing tools and ways of working meant that it had not had to call on these plans as such.

While Medibank had foundational elements of technology and culture in place, Curley noted that a flexible work environment is not the same as a fully virtual environment.

“Even though our people had worked remotely in the past, this was quite a different circumstance where it was going to be for an ongoing period of time,” she said.

The company has focused some of its efforts around helping fully virtual teams to stay connected, whether that’s through the use of virtual whiteboards, walking brainstorms, or daily health and wellbeing challenges.

“The technical component is an enabler, but there are other components that have ensured that we've stayed connected for this time,” Curley said.

Still, Curley was thankful for the head start that Medibank’s culture and enterprise stack afforded the company as it moved to deal with pandemic-related lockdowns.

“Having a way of working, the technology and tools that we have had in place for a number of years now, and a culture that supports this way of working, has meant for us that the transition to a virtual Medibank has been - for the large part - relatively seamless,” Curley said.

“In my view, technology is kind of one component but culturally, it's a big shift to make if it's something that a workforce has never done before.

“I think that's where we've been fortunate.”

Like other service industries, Medibank has redeployed some of its store-based staff to customer support channels.

The company is seeing strong use of web-based chat during this time, and Curley said Medibank’s focus has been to have information “readily available for customers so they can keep up-to-date with what’s happening.”

While there is anecdotal evidence in other service sectors that the pandemic is driving more customers to engage via digital channels, Curley indicated it is still too early to predict how customer support models might change as a result of the pandemic.

“I think, in reality, we're responding to the circumstances that we're all in right now, and I think we're learning so much in this environment,” she said.

“What comes out at the end of that, I think, is hard to assess at this point.”