ME Bank looks to exit its data centres 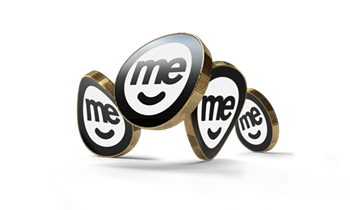 Scales up its cloud ambitions.

ME Bank has set a goal of exiting its data centres and moving all its workloads into the cloud.

The bank, which was recently bought by the Bank of Queensland, has been using cloud services from AWS for much of the past decade.

ME Bank originally went in the direction of cloud to overcome constraints with its on-premises infrastructure and facilities, and it appears these constraints continue under the bank's now hybrid IT operating model.

General manager of digital Craig Kimball told AWS Community Chats that banking customers were demanding new features and functions that needed to be built on a cloud foundation.

"There are lots of new contemporary functionality that our customers want," Kimball said.

"An example of that would be digital wallet, so the ability to pay for things with your phone. Those solutions for us are now cloud based using AWS solutions.

"As these things become more prevalent, we can scale them without worrying about the constraints of physical data centres.

“When you are landlocked to a physical data centre it’s much, much harder, but in the cloud has all this freedom and we're chasing that.

"That's why we want to get the cloud [because] it really suits our digital agenda. It suits what our customers want.”

Kimball said that his remit covers both data centre and cloud, in part to drive the transition.

"Part of my role right now is to run our existing data centres so the physical tin the organisation runs on is in my domain, and the reason it’s with me is because I want to get to cloud so it’s easier for me to do that if I run what we have," Kimball said.

"There is a lens to apply to that which is not being in data centres frees us up from cost constraints, but really it gives you pace and speed [and] it gives you the ability to auto-scale."

Kimball said ME Bank's big challenge would ultimately be to "get off [its] physical data centres".

"We still have a hybrid world and we really want to get to the goodness of cloud across everything that we do," he said.

"That’s obviously quite a big deal for a bank to do - it’s not something you do overnight - but that really is our primary focus, exiting [our] data centres."

Kimball said that once a majority cloud-based organisation, ME Bank would be able to innovate more.

“Ahead of us is this really exciting journey where the bank gets to progress its digital agenda using cloud technologies unconstrained by the physical limitations," he said.

Since the video, ME Bank has been purchased by the Bank of Queensland for $1.325 billion, creating a potential 'Big 4' competitor.

While the acquisition is still subject to regulatory and other approvals, it is expected to create a "clear pathway to a scaled, common, cloud-based digital retail bank technology platform" for BoQ.

It is unclear if the impending BoQ buyout will impact ME Bank’s data centre exit ambitions, or potentially accelerate its shift to cloud. The timeline for the data centre exits is also unclear.

iTnews contacted BoQ and ME Bank, however both declined to comment.