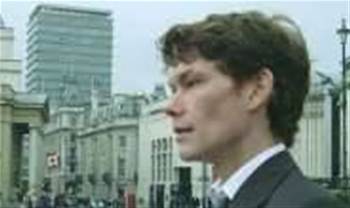 British hacker Gary McKinnon is making a final attempt to prevent his extradition to the US to be tried for computer fraud against the US government.

McKinnon will attend a judicial review at the London High Court today, and a final decision is expected tomorrow.

The former hacker is expected to argue that his extradition will worsen his mental health, and that his diagnosis of Asperger's Syndrome in August last year has not been taken into consideration. He has repeatedly discussed the strain he has felt since the UK's National High-Tech Crime Unit arrested him in 2002.

McKinnon wants to be tried in the UK because his jail sentence if convicted would be a lot less severe than in the US, where he is likely to be sentenced to life imprisonment.

McKinnon said on Monday that he should have the right to be tried by his peers rather than a US jury, which he said is likely to be full of people connected to the US Department of Defense.

In August 2008, McKinnon asked the European Court of Human Rights to delay his extradition while he made a full appeal to the High Court. The application was denied and UK home secretary Jacqui Smith ordered his extradition to go ahead. McKinnon won the chance to appeal against Smith's decision in January.

The US government accuses McKinnon of accessing and damaging 92 computers holding information on national defence, security and military operations.

The incident caused a network in Washington D.C. to shut down, resulting in the loss of internet access and email to about 2,000 users for three days, the US government said. The estimated financial cost is around US$900,000 (A$1.12m).

"Once he was able to access the computers, McKinnon installed a remote administration tool, a number of hacker tools, copied password files and other files, deleted a number of user accounts and deleted critical system files," read one of the US government's accusing statements.

McKinnon has always claimed that he wanted to find information on UFOs.

Got a news tip for our journalists? Share it with us anonymously here.
Copyright ©v3.co.uk
Tags:
extraditionfinalhackermckinnonnasapleasecurityus