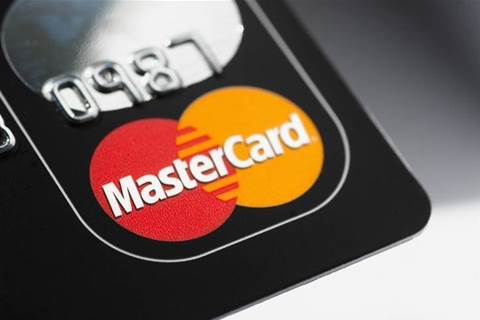 Mandates "clear instructions on how to cancel".

Mastercard has revealed a crackdown on the insidious practice of inertial billing, revealing it will require merchants to obtain explicit consent from cardholders at the end of free trials before new recurring payments are authorised rather than relying on consumers to opt out.

The new rules finally put the kybosh on one of the credit card and online payment industry’s shadiest tactics as the global transaction juggernaut tries to weed out shoddy practices that have raised the ire of consumer advocates and regulators alike.

Subscription shonks – think apps, gyms and airline Wi-Fi – are firmly in the crosshairs because they often rely on people forgetting to opt out at the end of a free offer or deliberately make it difficult to do so.

“The rule change will require merchants to gain cardholder approval at the conclusion of the trial before they start billing,” Paul Petta, Mastercard’s chief franchise officer, said in a blog announcing the new compliance measure.

“To help cardholders with that decision, merchants will be required to send the cardholder – either by email or text – the transaction amount, payment date, merchant name along with explicit instructions on how to cancel a trial.”

Mastercard is also moving to make which merchants are accessing recurring and pre-authorised payments a lot more transparent, a move clearly intended let consumers better identify and track who is getting there money, a move likely intended to reduce disputed transactions and chargebacks.

“For each payment thereafter, the merchant will have to send a receipt to the cardholder for each transaction by email or text message with clear instructions on how to cancel the service if the consumer so desires,” Petta said.

“In addition, all charges that appear on the cardholder’s statement must now include the merchant website URL or the phone number of the store where the cardholder made the purchase.”

Chargebacks are a vital element of what card schemes trumpet as a “zero liability” protection for consumers whereby cardholders are protected from scammers or merchants that fail to deliver goods or services.

While effective against plainly fraudulent transactions that use stolen card numbers, the mechanism is costly to administer because of the high level of manual investigation and burden of proof needed when some merchants exploit grey areas of consumer law by burying blanket consent in contract fine print.

While free trial offers are an effective way to get otherwise reticent consumers on the hook – especially for digital services – the erosion of public trust in payment instruments that occurs when people are deliberately impeded from cancelling payments has been a growing headache for decades.

Now Mastercard is looking to weed out the spivs as it competes with a growing number of digital payment options that can be easily turned on and off.

“No one wants to be unsatisfied with a product after paying for it. For some consumers, a free-trial is a great way to test out a new product and get comfortable with it before making a purchasing decision. And with so many merchants offering free trials, they’re becoming the new norm,” Petta said.

So far the decision has been announced in the US, however it is likely to be extended globally given Mastercard’s preference for global consistency in scheme rules.

The move will also act to help Mastercard shift stubborn merchants who store raw credit card numbers for recurring payments onto its tokenisation service, which has been introduced to counter rampant data breaches aimed at stealing payment card and account details.

Merchants and many issuers have a long history of frustration with card scheme security compliance initiatives like PCI-DSS, often because they have required substantial recalibration of back end systems that can prove clunky and more costly than the fraud merchants suffer.