Marissa Mayer to stand down from Yahoo board 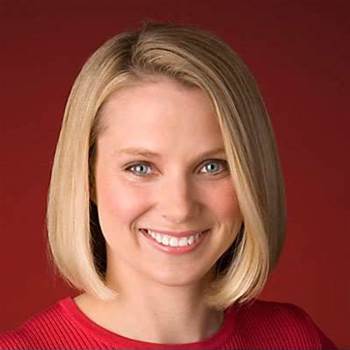 Yahoo has confirmed CEO Marissa Mayer will form part of the company’s board exodus when its pending US$4.8 billion (A$6.5 billion) sale to Verizon goes ahead.

In a filing to the US Securities Exchange Commission, Yahoo said the entity that remains after the buyout will have a slimmer board and a new name.

The holding company for Yahoo’s remaining assets - including its investment in Alibaba and its Japanese operations - will be rebadged Altaba.

Primarily operating as an investment company, the entity will be governed by a leaner five-member board headed by Eric Brandt as chair.

The embattled company clarified that their “intention to resign is not due to any disagreement with the company on any matter relating to the company’s operations, policies or practices”.

Yahoo has been headed by Mayer as CEO since July 2012.

Verizon Communications revealed its intention to buy the struggling internet conglomerate for US$4.8 billion in July 2016.

The acquisition will spell the end for the Yahoo brand, which has struggled to keep up with the pace of change in the online world despite being one of the pioneers of internet business activity since it was founded in 1994.

However the acquisition process has been marred by revelations of super-sized data breaches at Yahoo in 2013 and 2014 that are said to have affected 1 billion users.

Verizon is reportedly trying re-negotiate the terms of the deal subsequent to the damage the hacking news has inflicted on the brand.