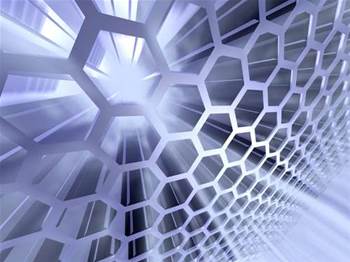 Melbourne start-up Manjrasoft has entered into discussions with Microsoft and Amazon Web Services to deliver its distributed computing platform as a service to enterprises worldwide.

Aneka was developed by University of Melbourne researcher Rajkumar Buyya as part of his Cloudbus research project. It was described by the university as "middleware for developing computing clouds".

Built on Microsoft's .NET infrastructure, Aneka could be deployed on local, cloud or grid infrastructure, allowing organisations to rapidly and flexibly build and deploy applications.

Manjrasoft was registered in 2008 to commercialise Aneka, and had inked deals with customers in the transport and engineering industries in China and India.

While all research and development work to date had come from the university, the company was in the process of finalising a $750,000 investment agreement with venture fund Uniseed to grow its operations.

Manjrasoft CTO and CEO Buyya said the company now looked to hire developers and product managers in India and China, as well as a Melbourne-based CEO with an enterprise background.

"Australia, of course, is one of our markets," he said. "But in my opinion, India and China are more rapid in adopting this [cloud computing] technology."

The Cloudbus Project was this month selected as one of three finalists for the 2010 Google Australia Eureka Prize for Innovation in Computer Science. The $10,000 prize was won by NICTA.

Because it was designed specifically to distribute tasks in resource-intensive applications, Aneka targeted organisations in the pharmaceutical, engineering, life sciences and financial industries

Like distributed computing framework DIRAC, Aneka could also be used in academic research but Buyya did not see this as a target market.

"Education and training [organisations] don't really pay that much," he said. "It is better [for Manjrasoft] to focus more on the commercial sector."

While Aneka was currently sold as a software product through resellers in India and China, Buyya planned to deliver it as an on-demand service through deals with Amazon and Microsoft.

He hoped to launch Aneka on Amazon infrastructure within two months, allowing customers to run Aneka on rentable Amazon instances for a fee.

A spokesman for Amazon Web Services would not comment specifically on Manjrasoft, but said that its platform allowed "any start-ups to quickly and cost-effectively innovate and build services for their customers in the cloud".

"To date, Amazon Web Services has enabled hundreds of thousands of companies of all sizes across 190 countries to focus on work that truly differentiates their business, rather than worrying about the infrastructure," the spokesman said.

Buyya also planned to integrate Aneka with Microsoft's Azure to leverage its payment infrastructure, and did not foresee any conflict in offering Aneka through both Microsoft and Amazon.

Noting the similarities between the names Manjrasoft and Microsoft, Buyya explained that his company was named after an Indian river near where he grew up.

Buyya has been involved in distributed computing efforts at the Indian Center for Development of Advanced Computing, Monash University, and the University of Melbourne for 15 years.

During that time, he said cloud computing had evolved from grid computing, and had grown from mainly scientific applications to include enterprise uses.

"I would expect cloud computing to be much more prominent in enterprise applications by 2020," he said.