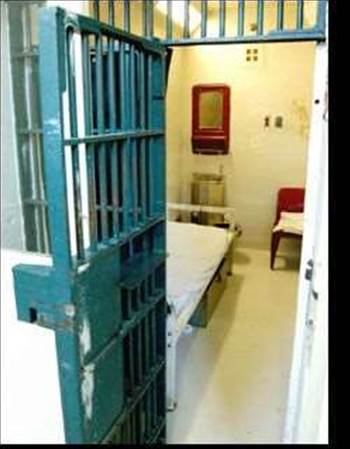 Jorge Romero is charged with downloading the episodes of 24 from an unspecified source and posting them on LiveDigital.com eight days before the show's official release. Romero was tracked down by the FBI.

"We are grateful to the FBI and US Attorney's offices in Los Angeles for aggressively pursuing this matter," said 24 distributor 20th Century Fox.

"We hope it will serve as a powerful warning that uploading copyrighted TV shows and movies to the internet can be a crime with significant penalties and will be prosecuted as such.

"Video-hosting sites such as LiveDigital.com and YouTube are not copyright-free zones, and individuals who post episodes of television shows, particularly before they are broadcast for the first time, will face harsh civil and criminal sanctions."

Romero is being charged with "uploading copyrighted material to a publicly accessible computer network knowing the work was intended for commercial distribution".

The felony carries a statutory maximum sentence of three years in a federal prison.

YouTube and LiveDigital were both contacted in January and asked to hand over the contact details of account holders who had posted episodes and clips from 24 and The Simpsons. Both companies complied with the request.
Got a news tip for our journalists? Share it with us anonymously here.
Copyright ©v3.co.uk
Tags:
24facesformanpiracyprisonsoftware