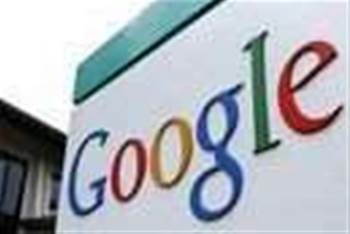 When clicked on, the "maladvertisements" redirect users to rogue sites that exploit flaws in Adobe Reader, Java and other PC software to install backdoor programs, giving the hackers control of the victims' PCs, Armorize said.

The sites display a dialogue box informing the visitor that malware had been detected and provided a link to the HDDPlus website. This is a known fake optimisation tool which is a trojan fronting the malicious software.

Armorize said that once the visitor arrived at the site they were immediately infected so that even rebooting would not remove the warning dialogue.

This vulnerability is known, so anyone with up-to-date antivirus products should be secured.

The first attack occurred on December 5 and lasted for a few days. Google said that it had experienced some issues with the DoubleClick Ad Exchange that it uses. The company claims that the ads were identified and blocked “within seconds”.

Microsoft may have been affected more severely as several reports indicate that malicious ads were found on the LiveMail (formerly Hotmail) site.

The 'maladvertisers' used a new trick by showing their ads as being from AdShufffle – which adds an extra ‘f’ to the acceptable AdShuffle domain. Even so, it reveals a weakness that should not have been there and the ads should not have been accepted, security analysts said.

“If anyone was going to be on top of such issues, we would hope it would be Microsoft and Google,” commented Bob Tarzey, analyst and director of Quocirca. “It is not 'just one of those things'; there is a lot at stake, if the biggest web brands are not able to protect themselves, who can?

"Google and Microsoft need to take urgent action here. There is still a disproportionate underspend on web advertising, so there is lots of upside, but to tap that confidence in the web-mega brands needs to be maintained. This is especially an issue for Google, which is still very heavily reliant on revenue from click through ads.”

It seems that Google’s DoubleClick team are on the ball, however. Huang said, “We reached out to DoubleClick and in less than a few hours' time they arranged a meeting with a group of their experts on anti-malvertising and incidence response. We were very surprised and impressed with the speed that DoubleClick acted. We provided details, and DoubleClick said they were already on top of the issue.”

Mirosoft said it, too, will seek information from Armorize.

Got a news tip for our journalists? Share it with us anonymously here.
Copyright © ITPro, Dennis Publishing
Tags:
andgooglehitmaladvertsmicrosoftsecuritysites