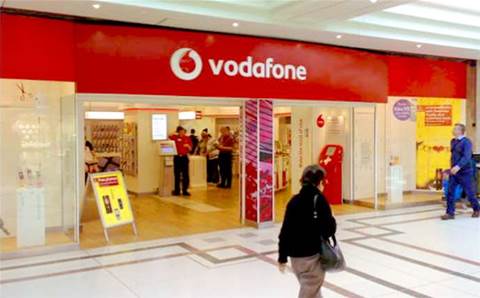 New Ericsson network switched on ahead of VoLTE rollout.

Vodafone has switched traffic from its 4G data customers over to its new core Ericsson-based network ahead of the rollout of voice over LTE (VoLTE) services later this year.

A core network includes the hardware and software used for routing and switching traffic, and is responsible for key network functionality such as authentication and gateways. It does not include backhaul or base stations.

All Vodafone 4G customers will now use the new core network for their data traffic, with customers on the company’s legacy 2G and 3G networks set to be switched over from the legacy network over the coming months.

Likewise, voice traffic from 4G customers will be switched over to the new core network with the rollout of VoLTE over the coming months. Mobile phone calls are currently carried over 2G and 3G networks.

In August last year, Vodafone announced it had struck a deal to use Ericsson equipment in the project to replace its legacy core network, which was thrown together in 2009 as a result of its merger with Hutchison.

Switching 4G data traffic completes the first major step in the rollout, with the overall project set to run for about five years and at a cost of hundreds of millions of dollars.

The core network upgrade is part of a larger ongoing overhaul of Vodafone’s network, which has seen the telco spend $1 billion each year on upgrades over the past three years.

The telco opted to pour money into fixing its network and turn around its image following bad publicity from the Vodafail movement in 2010 and the ensuing threat of a later-dumped class action lawsuit.

In a statement, Vodafone’s chief technology officer Benoit Hanssen said the new core network meant greater agility and flexibility for the carrier and a better 4G experience for customers.

“Through our investment, we’ve created a strong, stable and reliable network, and we’re now building on that with the expansion of our new world-class core network,” Hanssen said.

“One of the exciting benefits of VoLTE is that customers will be able to multi-task on 4G on their smartphone.

“For example, if a customer wants to browse the net while having a conversation on the same device, they’ll still have access to fast 4G data speeds.”