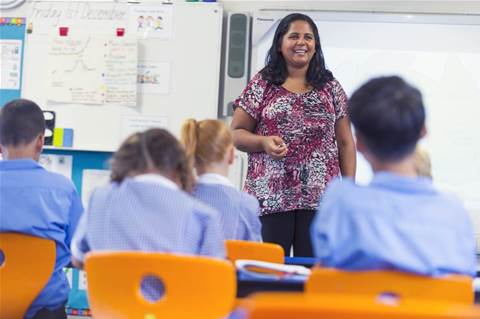 Primary and secondary teachers in NSW this week got to see the fruits of IBM and Macquarie University’s labour - a kindergarten to year-12 curriculum framework bringing artificial intelligence into the classroom.

The new framework comes despite many schools across Australia being hard-pressed to implement current science and technology initiatives due to a lack of time, funding, and expertise.

While the program is nominally targeted at the whole range of primary and secondary students, program manager of corporate citizenship at IBM Asia Pacific Bettina Cutler told iTnews that the content is mostly targeted to older students in years nine to 12.

And instead of being a standalone subject, the curriculum is designed to complement other subjects to reflect AI’s wide-ranging use cases and impacts.

Rather than requiring teachers to become well-versed in coding or robotics, the framework mostly relies on critical thinking, ethics and creativity.

Cutler said one of the most practical areas of the framework is simply recognising AI’s presence and impact in everyday life, such as the algorithms that drive social media and web-based advertising.

Iterations of the program for younger students won’t involve language based coding either, but will instead focus on image based drag-and-drop app builders similar to ones used in Lego robotics kits and other popular tools.

“It will also have computational thinking, or learning to present information in ways that computers can understand,” Cutler added.

Locally, the curriculum was developed in consultation with the Australian Curriculum, Assessment and Reporting Authority (ACARA), the New South Wales Department of Education and its federal counterpart to ensure its relevancy in the Australian context.

Cutler added that a number of international educational and scientific institutes including the Learning Link Foundation in India also joined the project, creating a global curriculum.

“We’ve worked with the British Computer Society, we also were involved with STEM Learning and the Royal Society.”

A trial of the curriculum will occur in New South Wales by the end of the year, implemented by some of the teachers who attended the program launch at Macquarie University in Sydney this week.

Volunteers and developers from IBM will be available to provide support for teachers in implementing the framework.