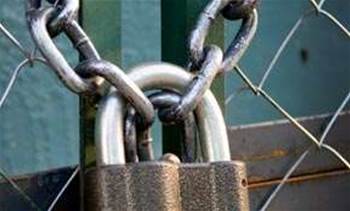 Macquarie Telecom has snared the first of five outsourcing contracts to be awarded under the Federal Government's secure Internet gateway program.

The program is meant to reduce the risk of malicious cyber attacks against government agencies.

However, only five of the eight lead agencies plan to outsource the technology required to meet their responsibility.

Lead agencies that are yet to decide on a technology partner include Customs and Border Protection; Australian Federal Police (AFP); and the departments of Defence and Prime Minister & Cabinet.

iTnews first reported Macquarie Telecom’s interest and approach to the contract back in August when its government affairs director, Derek Fittler, raised concerns about excessive delays and unclear rules of engagement.

Fittler criticised inconsistencies in the Agriculture, Prime Minister & Cabinet and AFP tenders that he said made it difficult for industry to understand what the Government hoped to achieve through the gateway consolidation.

DAFF chief information officer Graham Gathercole told iTnews last week that his department had exercised its role as a lead agency to reduce "argy bargy" between suppliers and the Government during the negotiation period.

“There’s only one agency to determine governance issues. I’ll be doing that," he said.

"I made the supplier very happy that it was no longer governance by committee anymore".

Macquarie Telecom said it had signed a head agreement with DAFF that will operate for a five period. It anticipated that "other agencies may choose to leverage DAFF’s leadership to their advantage", potentially giving Macquarie an even bigger slice of the available outsource pie.

Macquarie did not disclose how much its contract with DAFF is worth, but noted it would have to increase spend on its Canberra facilities above previous CapEx guidance.

It said it would put an "additional $14 million" into "Canberra capacity, networking and software and product development" in aid of the broader gateway program, "including DAFF". (pdf)

Secure Internet gateways are certified by the Defence Signals Directorate (DSD) and provide clean Internet and email for agencies.

Internet gateway reduction affects all Australian Government agencies that are governed by the Financial Management and Accountability Act 1997.